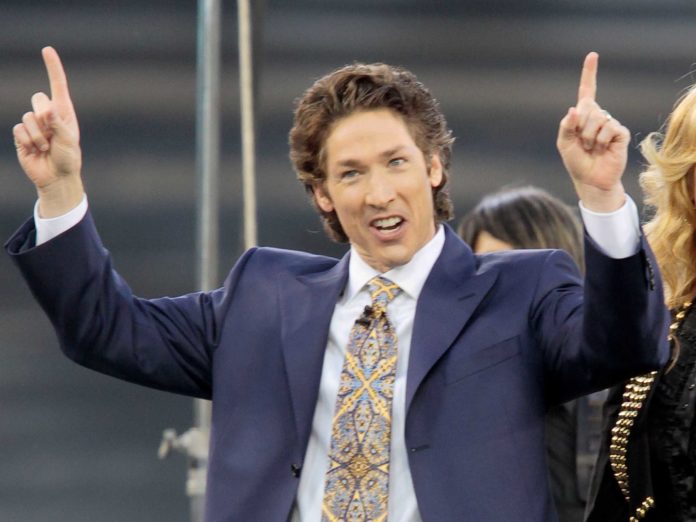 After being publicly shamed by the masses on Twitter and Facebook, Multi-millionaire prosperity gospel preacher Joel Osteen has decided to open the church doors to help those in need after hurricane Harvey ravaged the area.

According to Raw Story, Joel Osteen is singing a new tune after being blasted online for not allowing people into his church in the midst of Hurricane Harvey. He is now reportedly preparing to open the doors of his Lakewood Megachurch in Houston to people seeking refuge from the storm.

LGBTQ activist Charles Clymer posted an image of air mattresses in the Lakewood church, along with a caption that said the church is “prepping to open their doors.”

Lakewood Church apparently bought countless air mattresses and are prepping to open their doors. Took a while but good news.#JoelOsteen pic.twitter.com/MYXf1HqAbF

Osteen was ripped on Twitter earlier in the day for posting about prayers for the refugees, but not opening the doors of his megachurch to physically help those in need.

Victoria & I are praying for everyone affected by Hurricane Harvey. Please join us as we pray for the safety of our Texas friends & family.

Are you going to donate some of your millions of dollars? That would help more than prayer.

Put your money where your mouth is. Houston has been unfathomably good to you. Time to pay it back. Literally

Hey Joel, don’t you have the biggest and richest church? Why don’t you open up the doors and the wallet in the name of Jesus for the people!

Why isn’t Joel Osteen mega church in Houston Texas is not open to the public in need of shelter, food and protection?

@JoelOsteen Why aren’t you helping the people in Houston? I’m sure you received enough money from them to build that monstrosity of yours.

“God’s got this, so you don’t need my massive church to provide shelter. Just keep praying and I’m sure you’ll be fine. I’ll be in the tub.”