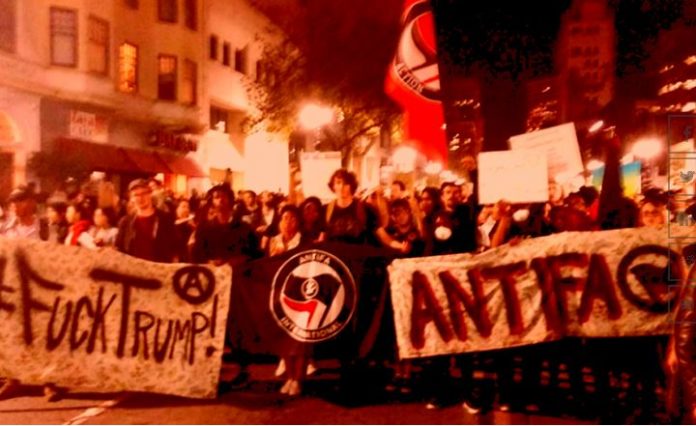 Organization ANTIFA are planning a nationwide day of protests on November 4th. According to two ANTIFA-based websites, plans are being made to end the “Trump/Pence regime”.

This Nightmare Must End: The Trump/Pence Regime Must Go!

Who should attend this conference? Students and youth, the faith community, representatives of organizations and people who are unaffiliated, artists and professionals, long-time activists and folks who have never protested before – everyone who wants to see the nightmare of the Trump/Pence Regime end and is willing to act together to accomplish this. We will start organizing now for:NOVEMBER 4, 2017

Take To The Streets And Public Squares in cities and towns across the country continuing day after day and night after night—not stopping—until our DEMAND is met.

We will gather in the streets and public squares of cities and towns across this country, at first many thousands declaring that this whole regime is illegitimate and that we will not stop until our single demand is met: This Nightmare Must End: the Trump/Pence Regime Must Go!

Our protest must grow day after day and night after night—thousands becoming hundreds of thousands, and then millions—determined to act to put a stop to the grave danger that the Trump/Pence Regime poses to the world by demanding that this whole regime be removed from power.