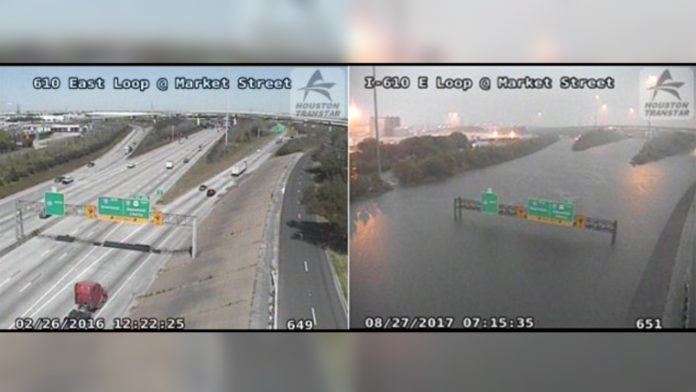 (ANTIMEDIA) — “This image and the forecast of what is still to fall…. This is surreal,” said Matthew Sitkowski, senior editor at Weather Channel, who tweeted this photo of Houston’s East Loop at Market Street on the I-610.

This image and the forecast of what is still to fall…. This is surreal. #HoustonFlood #Harvey pic.twitter.com/zK9WojsMAH

Emphasizing the scale of the disaster, Zero Hedge added a photo from 2016 of the same location to show the “before and after.”

Around 650 billion gallons of water were dumped on Houston in a single night, Jeff Lindner from Harris County Flood Control told Fox 26 Houston.The rapid rise of water even prompted KHOU-11 TV to evacuate its TV station on Sunday morning.

Here are five more “before and after” comparisons of Houston underwater: 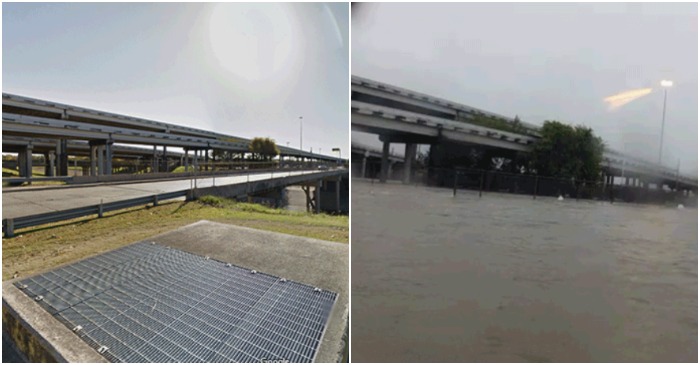 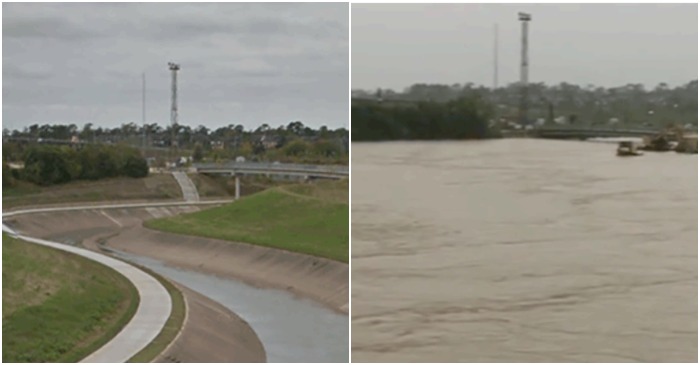 The left is Memorial Parkway on Saturday.

Unfortunately, there is no relief coming anytime soon. The NWS Houston posted a bulletin warning today that “rivers are on the rise and MAJOR to RECORD flooding is forecast.” Rainfall will continue through Friday and could dump around five feet of water in some places.

Words of advice from NWS Houston:

“EMERGENCY MANAGEMENT HAS REQUESTED: IF HIGHEST FLOOR OF YOUR HOME BECOMES DANGEROUS…GET ON THE ROOF.”

Thousands of water rescues are currently underway as catastrophic flooding continues to get worse for Houston. A year after saving many lives during the 2016 flood in Louisiana, the Cajun Navy is en route to help their neighbors in Houston by assisting in the ongoing search and rescue operations.