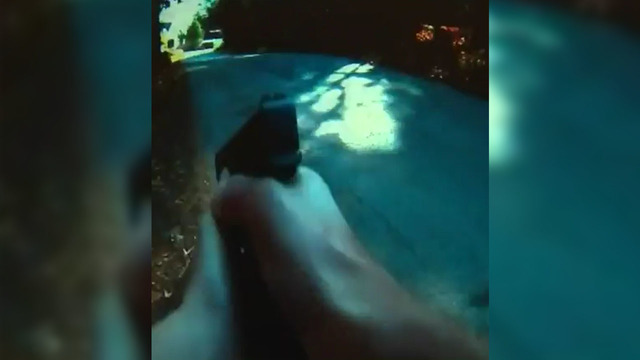 The Cobb County, Georgia cop who fired 8 shots at a 16-year-old boy as he ran home was cleared of any wrongdoing, but now will be facing a lawsuit from the boy’s family.

The recently released bodycam footage shows the officer firing at the unarmed, non-aggressive boy as he runs away:

Officer James Caleb Elliot had already served notice of his resignation days before the shooting, but a lawyer for the family of the teen who was shot said she’s preparing to file suit, reported WFTV.

The family’s lawyer said the boy shouldn’t have run, but as a 16 year old with a gun pointed at him, he panicked.

“[He] did what kids do who panic, he tried to run home. And he didn’t make it home,” said the family’s attorney, Tanya Miller.

She points out the officer shouldn’t have shot at the unarmed teen even once, let alone eight times as he ran through his Cobb County neighborhood in November.

“Those bullets landed everywhere,” Miller said. “For lack of a better word. I mean this is a residential neighborhood.”

Unfortunately, a grand jury believed it is OK for police to shoot at non-aggressive, unarmed kids in residential areas.

The incident started when Elliott responded to a suspicious-vehicle call. The car, which had four young people in it, had been reported carjacked 3 days earlier, Miller said. So Elliot pulled his gun and advanced on the car.

Miller said Tahirahana Williams’ son, the driver, shouldn’t have been in the car but wasn’t involved in the alleged carjacking three days earlier.

The panicked boy, took off running. Elliot ran after him and fired what he later claimed was a warning shot.

He then fired 7 more times in the residential area. He hit a house 2 times and the teen got hit in the back of the leg once.

Elliot’s attorney seems to even suggest killing the unarmed teen would have been totally fine.

LoRusso even believes Elliot was a hero for shooting an unarmed teenager in the back, “he acted heroically and employed a tremendous amount of training to render first aid immediately on the scene.”

What kind of country are we living in when it is justifiable to shoot an unarmed teenager as he runs away? This is NOT OK!

‘Go home, you are not wanted’: VA Governor Slams White Supremacists And Nazis for...