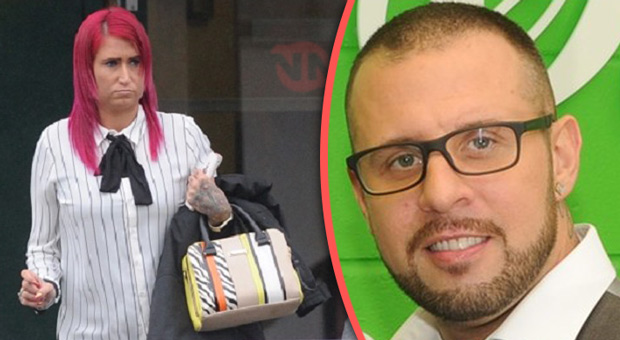 A couple from the UK were caught raping a 5-year-old girl during a live internet video stream that was being watched by wealthy Elite pedophiles who had paid thousands to view the sickening footage.

The pair is currently on trial in Plymouth, England, facing multiple charges of sexual assault.

The FBI also made several arrests of pedophile viewers in California including San Fransisco and Los Angeles based on data gathered from the seizure of the couple’s computer equipment and online accounts.

Sarah Gotham and her former lover, Craig Forbes, streamed the footage themselves sexually abusing a drugged five-year-old girl across the Atlantic to pedophiles in the US, including a woman in California, a jury heard.

Unusually, in this case, a “gagging order” has been placed to prevent the identities of the American pedophiles being released.

Gagging orders are rare but are usually used during court cases in the United Kindom when politicians or celebrities are involved to keep their names hidden from the press.

The major floor with gag orders is they are often abused as a useful tool for those of financial means to intimidate witnesses and prevent the release of information, using the legal system rather than other methods of intimidation.

A woman who was arrested by the FBI in San Francisco has been the most cooperative with law enforcement after admitting to being a “self-confessed pedophile”, according to prosecutors.

The woman claims that she is also in contact with a network of other pedophiles including some that she described as being “well known”.According to the Daily Mail, Prosecutor Heather Hope told Plymouth Crown Court:

“This case involves the sexual abuse of a child.”

The prosecution say the abuse was carried out by Sarah Gotham who was then in a sexual partnership with Craig Forbes.

“She said the sexual abuse was streamed live via a webcam to viewers in California, including a woman in San Francisco who thought the child was aged about five.

She said the child was “most probably drugged at the time” and unaware of what was happening to her.

Miss Hope told the jury that the evidence in the case was “extremely distasteful and downright revolting”.

Miss Hope said the woman in California is “by her own admission a pedophile”, adding that the first of around five webcam shows happened in late 2012 or early 2013.
The prosecutor said: “It was a webcam connection. She was able to see both Craig and Sarah naked in bed.”

She says a child was also in the bed. When the child stirred the contact stopped and so did the streaming because the woman in the USA did not want to see the “little girl freaking out”.

The jury heard on another occasion Gotham was “home alone” when she performed sex acts on the child. The court heard the room was lit well enough for her to see “who it was doing it”.

The court heard that the sexual abuse happened on occasions when 36-year-old Forbes was with Gotham.

The jury heard that the FBI was investigating child exploitation and abuse and came across Skype names including one called Bad Girl Next Door.

That led them to the door of the woman in California, who admitted that she was in contact with other pedophiles.

Miss Hope said that the woman said she had engaged with a couple in the UK called Sarah and Craig.

She claimed to agents that they put on shows for her to watch them sexually abusing a girl.

The FBI contacted Devon and Cornwall police who then investigated Gotham and Forbes who lived in Plymouth.

The woman in California said they were “an attractive couple” and Gotham was “chatty and used a display name ‘Sarah Girls Only’”.

They used Skype and video calls to chat because they wanted to ensure they were talking to “real pedos” and not being entrapped by police.

The jury heard they were chat logs giving “very graphic descriptions of sexual abuse of children they found sexually arousing”.

Gotham, 34 today, denies six charges of sexual assault on a child under 13 between December 2012 and March 2013.The trial continues.