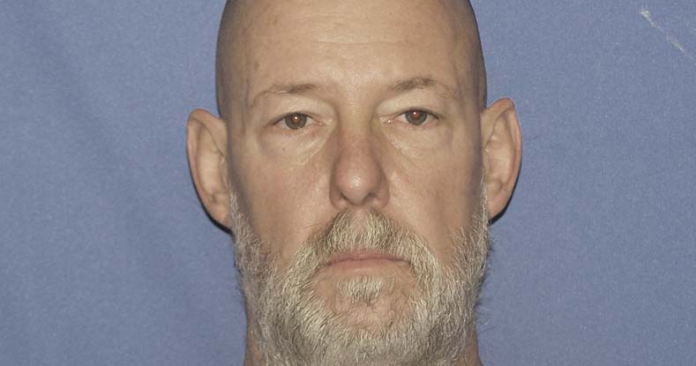 Johnson County, AR — Former deputy Robert Retford, with the Johnson County Sheriff’s Department was arrested Monday on charges of sexual assault. His alleged victim was apparently seeking help from the deputy when she said he beat her, raped her and defecated on her, and made her drink his urine.

On Tuesday, the now-former deputy was released on a $5,000 bond and was told to surrender his passport.

Police had enough evidence to bring the deputy into custody on Monday after his alleged victim came forward in September.

The local news company stated they do not give out the names of alleged victims. However, this case was different. According to 40/29 News, in this case, the woman asked to be identified and wants everyone to know what she says the deputy did to her.

In their report on the incident, 40/29 refers to the victim as Shanna.

“This man raped me,” Shanna said.

In September, police responded to a domestic dispute between Shanna and her boyfriend. According to Shanna, Retford offered to take her away from the situation, so she got in his car with him. Shanna told investigators that while the couple was in the car, Retford began fondling her crotch and then made her touch his crotch.

Despite the crotch touching in the car, Shanna said she was brought to a hotel in Clarksville that evening and dropped off by Retford who did not stay there. Instead, Retford gave the stranded and allegedly recently sexually assaulted victim his card and told her to call him in the morning.

Apparently frozen with fear, Shanna stayed at the hotel and then called the deputy in the morning at which time Retford picked her up.

Shanna told police that Retford then brought her to a friend’s house where he proceeded to beat her with either a baton or flashlight.

“After that,” Shanna explained, “he made me drink his urine. He told me to enjoy being covered in his ****, that’s what he said.”

“I think he’s scary, it scares me just talking about him,” Shanna said.

In an interview with 40/29 News, Shanna told them she was on drugs when the assault happened and she does not remember if she told the deputy to stop.

According to Johnson County Sheriff Larry Jones, Retford was immediately suspended in September after the incident was reported. However, he resigned just four days later, a move many police officers take when accused of a crime in a means to escape accountability.

According to an arrest affidavit, Retford does not deny having sexual relations with Shanna, but said it was consensual.

According to 40/29, the prosecutor noted that Retford is facing a charge of Sexual Assault in the 3rd Degree. If convicted, Retford could spend up to 10 years in prison.

Police officers showing up to help people and assaulting them instead is a far too common occurrence.

After an unnamed victim had been beaten by a male assailant earlier this month, who she had a restraining order against, she called the police. When police showed up, they arrested her attacker and left. However, hours later, Cpl. Benjamin Candelaria, 48, would return, cover his body camera, and sexually assault the victim, according to the arrest report.

Officer Micah Meurer responded to a call at a 22-year-old woman’s northwest Amarillo home last year when she was in distress. The officer was later fired after it was exposed that Meurer forced himself on her and raped her.

Karl Fields, a police officer from Chattanooga, Tennessee was accused of sexually harassing and stalking a rape victim that he claimed to be helping with a criminal case.

Fields reportedly stalked the woman, parking out in front of her house on numerous occasions, and contacting her on a frequent basis.

According to a lawsuit recently filed by the victim, Fields attempted to call her 73 times in one night, and would frequently text her, requesting nude photographs and making obscene demands.

Check out The Free Thought Project for more.