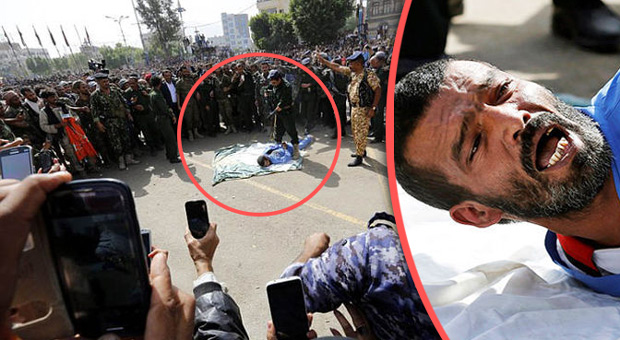 A man, believed to be a police officer, then approached him and shot him in the back as he lay on the floor.

Murder, according to Sharia law, is punishable by the death sentence, but families of the victim can request that the punishment is less severe.

al-Maghrabi admitted to raping the girl in his hut to the south of the capital city on the first day of Eid al-Fitr.