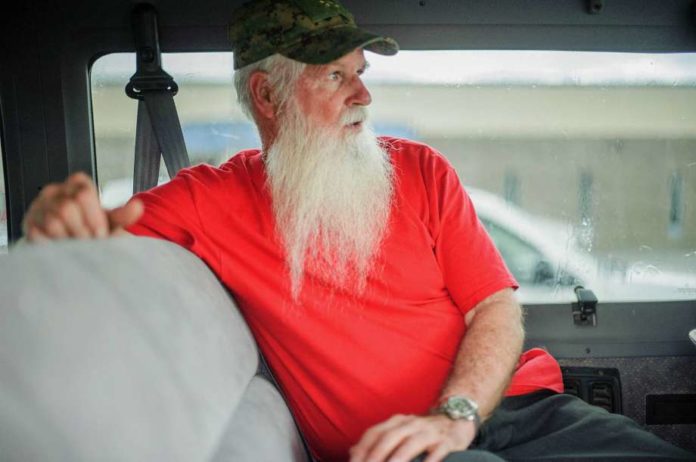 Four members of a New Mexico paramilitary religious sect, which has made recent headlines from child sexual abuse allegations, were arrested while trying to flee the state with two vans full of children, authorities confirmed.

Cibola County Sheriff Tony Mace confirmed the four members of the Aggressive Christianity Missions Training Corps were arrested late Wednesday as deputies tried to execute a court order to pick up the children for interviews from the group’s isolated compound in western New Mexico. Arrest warrants had been issued for the four taken into custody, reported NBC.

Deputies stopped 2 vans leaving the compound and arrested Amos River, Victoria River, Ruth River and Timothy River. despite obviously having at least 2 vans, sect leaders had previously told authorities they didn’t have transportation to take the children to meet with an FBI forensic interviewer.

Besides the 4 adults that were arrested, the vans held 7 children, around $1,000 in cash, luggage and road maps, Sheriff Mace said. “Basically, you could tell they were getting ready to bug out and leave the area. I believe that’s in an effort to try to conceal the kids from us.”

The estimated ages of the children were 4-17. After being taken from the compound, they were turned over to the New Mexico Children, Youth and Families Department.

Police believe they were going to flee to somewhere in Colorado.

Robert Lohbeck, the group’s attorney, said the police knew the group was going to meet with police, and accuses the sheriff of inventing the story.

Sect member Joshua Green told the Gallup Independent that the adults took a change of clothes with them because they were going to stay the night in a motel and meet with Lohbeck on Thursday morning.

NBC reported on some apparently shady behavior related to children in the group:

The arrests came four days after authorities raided the group’s Fence Lake compound and arrested sect co-leader Deborah Green and two other group members in connection with a child abuse investigation. Another person was arrested in Truth or Consequences, New Mexico.

This week, a judge ordered Deborah Green held on a $500,000 secured bond on charges that included failure to report the birth, child abuse and sexual penetration of a minor.

Sect member Peter Green, also known as Mike Brandon, also was being held on a $5 million secured bond and faces 100 counts of sexual penetration of a child after being accused of raping a girl at least four times a week from the time she was 7, according to court documents.

The Aggressive Christianity Missions Training Corps describes itself as a group that is “revolutionary for Jesus” and provides a free spiritual “ammo pack” to anyone who submits a written request. Photos of members show them in military-style clothing and on missions in Africa.

The group’s website contains anti-Semitic and anti-gay rhetoric. The Southern Poverty Law Center lists the sect as a hate group.