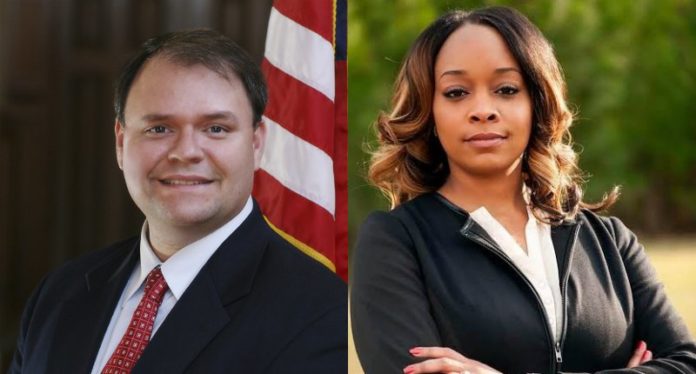 A Republican member of the Georgia House of Representatives elusively threatened murder against a former black colleague because she does not believe Confederate monuments should be on public land or that tax dollars should support them.

Georgia State Rep. Jason Spencer (R) did exactly that on a Facebook post when former state representative LaDawn Jones expressed a distaste for a photo he took with a Confederate monument, reported Raw Story.

“This is Georgia’s history,” Spencer wrote on a post accompanied by a selfie he took with a South Georgia monument to Confederate president Jefferson Davis.

Jones questioned whether state tax dollars help pay for the upkeep of the memorial, which includes the house Davis fled to after the Civil War ended. Spencer did not seem to like the line of questioning and quickly jumped to death threats.

“Continue your quixotic journey into South Georgia and it will not be pleasant,” Spencer replied. “The truth. Not a warning. Those folks won’t put up with it like they do in Atlanta.”

“I can guarantee you won’t be met with torches but something a lot more definitive,” he continued, responding to Jones’ comment about the store-bought tiki torches used by the white supremacists at the Charlottesville rally earlier this month.

After another person commented about the differences between Atlanta, which has a large African American population, and the rest of Georgia, Spencer agreed.

“They will go missing in the Okefenokee [swamp],” he wrote. “Too many necks they are red around here. Don’t say I didn’t warn you about ’em.”

The internet tough guy was unable to intimidate Jones with his threats. Instead, she called him out on his violent fantasies.

“Sounds like a threat of physical violence … is that what we are doing now?” she wrote. “Desperate times call for desperate measures huh? Afraid of what is going to happen in southern GA? I saw those white supremacists crying when sh*t really hit the fan.”

Jones continues with a vision of equality in the future, and the younger generation realizing the lies they were told by their racist parents.

See screenshots of the exchange below: 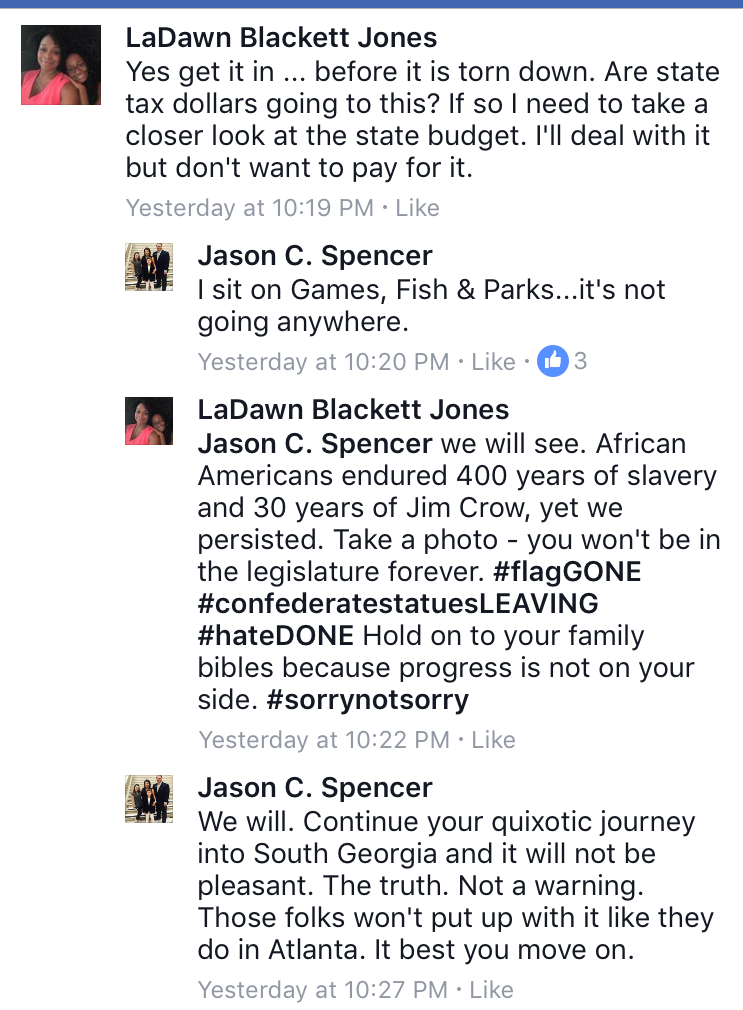 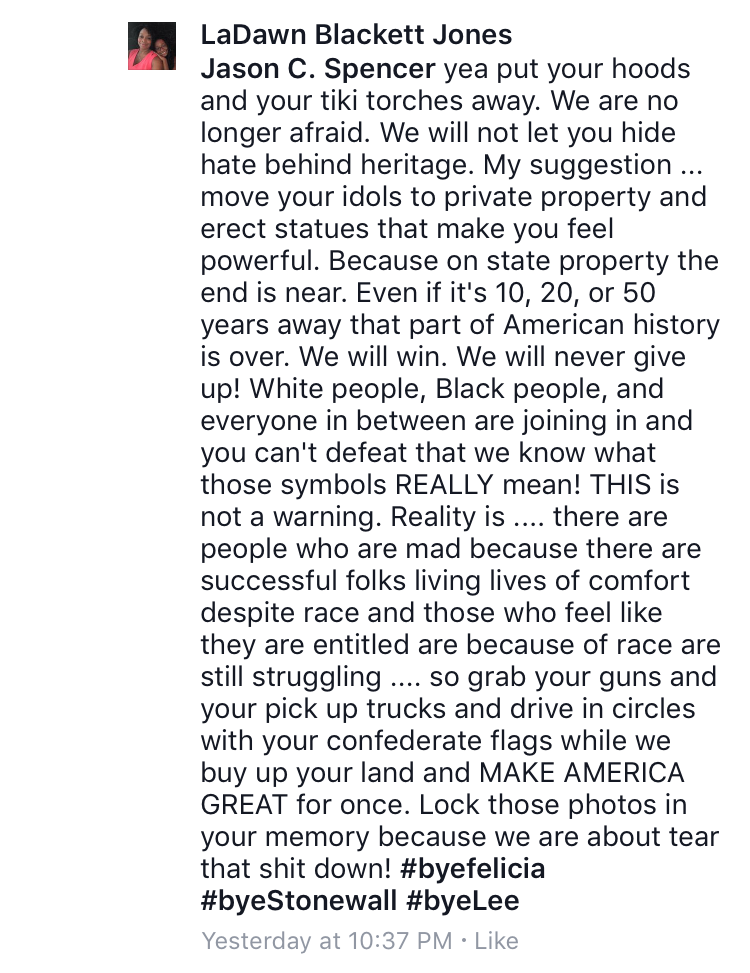 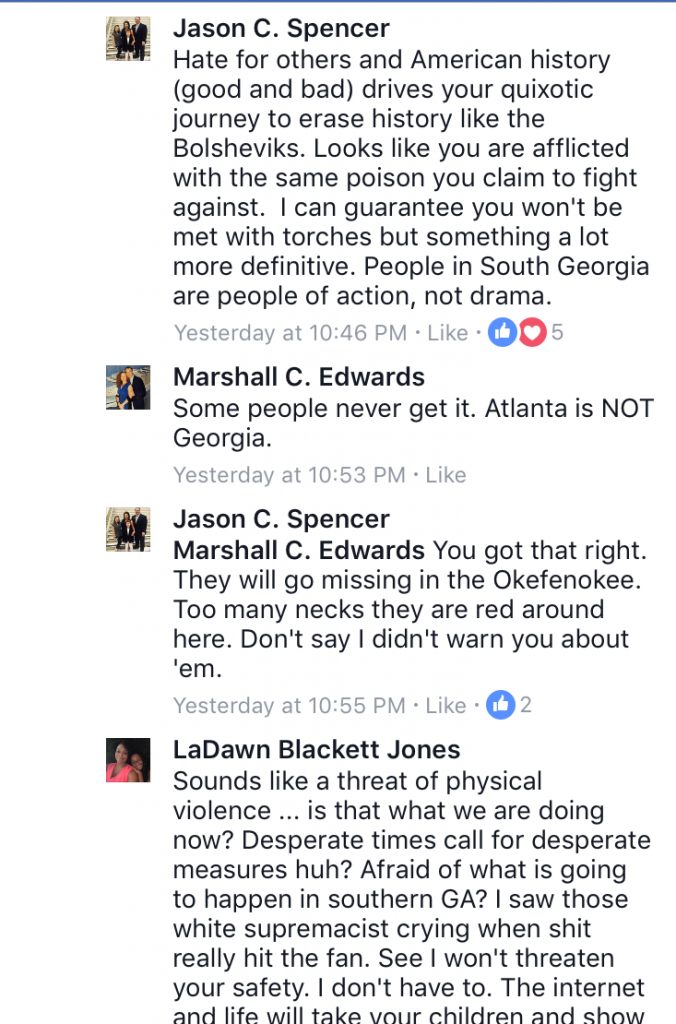 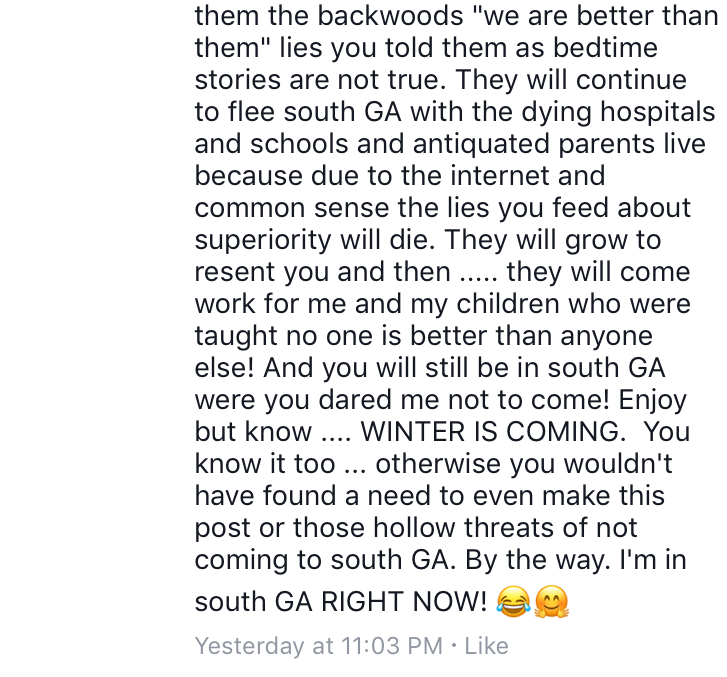