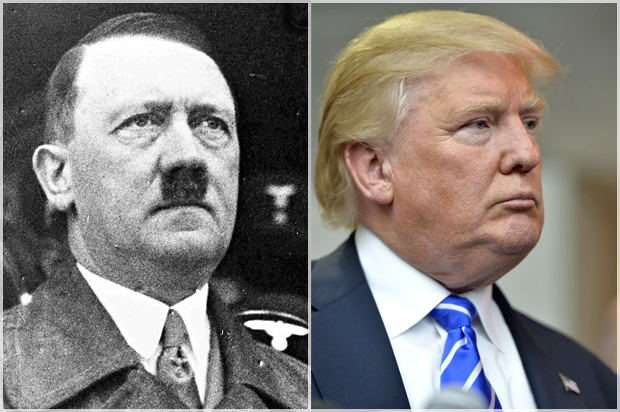 When we have a president who refuses to condemn a terrorist attack against Americans on American soil, we should have major concerns. When the president refuses to condemn people waving Nazi flags while they are threatening the same group of people Hitler slaughtered, we have to admit there is a problem.

Many of the the people who supported Trump in the beginning did so believing he would be good for the economy or good for America overall. Many of these people refused to believe Trump’s racist rhetoric, attributing it to just campaign talk used to gain voters, but not really who he is. In light of the huge increase in hate crimes since he started his rise to power, and especially considering his refusal to condemn the swastika loving terrorists in Charlottesville, we all need to reconsider how we view him and where he is trying to take this great country.

Richard E. Frankel, Associate Professor of Modern German History at the University of Louisiana at Lafayette, is the author of Bismarck’s Shadow: The Cult of Leadership and the Transformation of the German Right, 1898-1945 . He has serious warnings for us about Trump and his response to the Charlottesville violence and terrorism.

As a scholar of modern German history, I’ve been working on a study of antisemitism in Germany and the United States in the late nineteenth and early twentieth centuries. What I saw unfold over the weekend in Charlottesville, Virginia and then at Bedminster, New Jersey gave me the horrible, sinking feeling that my book is going to need a new chapter, Frankel wrote on History News Network.

On Saturday, August 12, 2017, thousands of young Americans marched through the streets of Charlottesville, Virginia chanting hate-filled slogans like, “Blood and soil,” and “Jews will not replace us,” and carrying the swastika flag. They clashed with protesters and caused dozens of injuries. A car plowed into a crowd of people protesting the white supremacist demonstration, killing one person and injuring many more.

The “hatred, bigotry and violence” he said, came from “many sides” (a point he apparently felt he needed to stress). He did not mention the fact that one side was carrying swastika flags, the flag of Adolf Hitler’s National Socialist Party, the flag of Nazi Germany. He did not specifically condemn those who carried that flag. They were, according to the president, all equally responsible: those who marched under the Nazi banner, and those who opposed them. All equal. Nazis and anti-Nazis. But how is that possible? How can it be that in 2017, the President of the United States, a country that fought Hitler’s Germany and sacrificed hundreds of thousands of its young men in order to ensure its ultimate defeat, could not or would not bring himself to condemn Americans who marched under the flag of the Third Reich?

Those who inspired the marchers in Charlottesville marched through the streets of Germany, provoking violence, and singing “when Jewish blood spurts from the knife.”

Those who inspired the marchers destroyed democracy and eliminated all civil liberties in Germany.

Those who inspired the marchers demonized Jewish citizens, physically assaulted them, removed them from all aspects of public life, stripped them of their rights, their property, their very ability to survive in the only country they had ever called home.

Those who inspired the marchers carried out the biggest pogrom in modern German history, destroying 267 synagogues, vandalizing Jewish businesses, attacking Jews in their homes, and killing hundreds, all in a single night in November 1938.

They demonized and physically attacked political opponents, homosexuals, Roma and Sinti, the handicapped, and any others they considered outside the boundaries of the German racial community.

They murdered more than 70,000 men, women, and children—German citizens!—who had been diagnosed with mental and physical disabilities in just two years between 1939 and 1941.

They started the most destructive war in the history of the world, causing the deaths of tens of millions of people, mostly innocent civilians.

They shot one million unarmed Jewish civilians—men, women, and children—across Eastern Europe in just the last six months of 1941.

They murdered close to three million Jews in the gas chambers of Chelmno, Treblinka, Sobibor, Belzec, Majdanek, and Auschwitz.

They enslaved millions of people—Jews and non-Jews—from across Europe to work for their war of conquest.

They fought to destroy the most basic values that America has claimed to stand for over more than two centuries: the fundamental dignity and equality of all people.

The world is a complicated place. There are rarely simple, black and white answers to the problems that confront us. But sometimes, every once in a while, there are. And this is one such moment. If the President of the United States cannot condemn individuals who march under the flag of Adolf Hitler and Nazi Germany, how can he possibly claim to represent America, its values, and all of its citizens? In perhaps the easiest test of his young presidency, Donald Trump has failed, and failed miserably.

It isn’t often that historians get to see their work gain such relevance in the present. And for those of us who study the history of hatred, bigotry, and the evils of Nazi Germany, the prospect of such relevance is most uncomfortable. If my work has taught me anything, it’s the importance of keeping the boundaries of one’s moral universe as wide as possible. In the early twentieth century, too many Germans pushed too many others beyond the boundaries of their moral universe—beyond the borders of the German racial community—where their fate was at best no longer of any concern to them, at worst, they represented an existential threat. When that happens, the horrors committed under the swastika flag become possible. How safe are we today? How extensive are the boundaries of our own moral universe—each and every one of us? Those who marched in Charlottesville under Hitler’s flag and the President who chose not to condemn them revealed the boundaries of their moral universe to be sadly and frighteningly small. The flag that flew on that horrible day—with that symbol of ultimate evil at its heart—should remind us all just where such a limited sense of fellow feeling can lead.

The professor brings up some excellent points. Do we really want a president that sees Nazis and those that fight them as the same? Should we have a president with such a screwed up moral compass that he can’t tell the difference between the terrorist Nazis and those fighting terrorism?  Let us know your thoughts in the comments below. 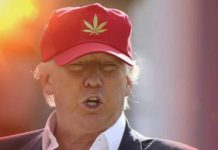