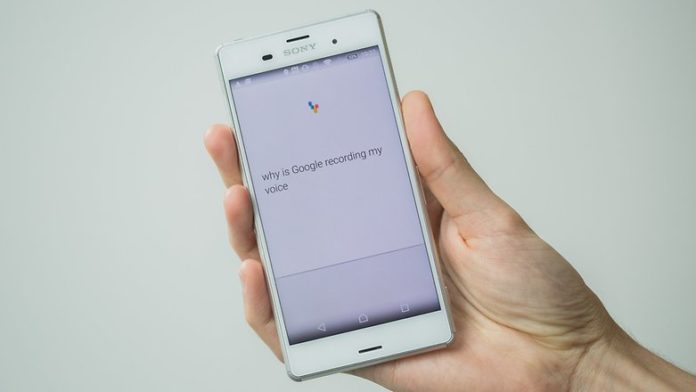 Google has turned millions of its users’ smartphones into listening devices that can record private conversations.

If you own an Android phone, you have probably used Google’s Assistant. It is very is similar to Apple’s Siri, which also records conversations

Google alleges it only turns on and begins recording when you utter the words “OK Google”.

But a Sun investigation has revealed their claim is far from true.

In some cases, just saying “OK” in conversation prompted it to switch on your phone and record around 20 seconds of audio.

It regularly switches on the microphone and records you as you go about your day-to-day activities.

Once Google is done recording, it uploads the audio files to its computer servers, aka “the cloud”.

These files are accessible from anywhere with an internet connection.

That means any device that is signed into your personal Gmail or Google account can access all the recordings you didn’t even know existed.

Google states on its terms and conditions that it keeps these recordings for “improving speech recognition against all Google products that use your voice”.

After the Sun Online presented examples of the voice recognition flaws to Google, a spokesman said: “We only process voice searches after the phone believes the hot word ‘OK Google’ is detected. Audio snippets are used by Google to improve the quality of speech recognition across Search.”

Mundane voice recordings from the general public will help its artificial intelligence that runs Google Home, by teaching it how humans naturally communicate.

Basically, Google alleges, it is a free language class for its software.

How to find out exactly what Google knows about you:

First, you’ll need to be signed into your Gmail or Google account.

Once you’ve done that, type “history.google.com/history” into your web browser.

You’ll be taken to a hub which contains your entire digital footprint, so be careful, it could make for some grim reading.

Click on “Activity Controls “on the left-hand side of the page.

If Google’s keeping tabs on you, there should be a stream of web pages and map searches that show up in chronological order.

You can randomly delete searches, or select all the searches to make them disappear.

Now, you are probably curious how to listen to the recordings Google has made of you, and its fairly easy to do.

Unlike Apple, who does not publicize any of the voice data it stores through Siri, Google is pretty transparent – giving you full access to your audio.

The Sun reported on the simple steps to take to do this:

First, you’ll need to be signed into your Gmail or Google account.

Once you’ve done that, type “history.google.com/history” into your web browser.

You’ll be taken to a hub which contains your entire digital footprint, so be careful, it could make for some grim reading.

Under the tab Voice and Audio Activity, you’ll find a list of recordings in chronological order.

You will likely be shocked to hear some of the things your phone has recorded and uploaded, so be sure to plug in your headphones if you are not alone.

How do I switch it off?

It is possible to stop Google from storing so much info in the future.

Go back to “Activity controls” and under “Web & App activity” you should see a blue toggle.

You can switch this off, but be warned. Officially you have merely “paused” the recordings – so keep checking back on a regular basis to ensure that the terms and conditions don’t change in the future and you aren’t auto-enrolled when a new Android update comes along.

The tech giant also stores your voice recordings to improve its Siri assistant – but you aren’t able to access them.

Apple says that the recordings are anonymised after 18 months, so nobody would be able to figure out who is speaking.

WATCH: Cop Attacks, Kidnaps Nurse for Refusing to Break the Law for Him &...

Is the War in Afghanistan to Combat Terrorism or to Protect Exploding Opium Trade?