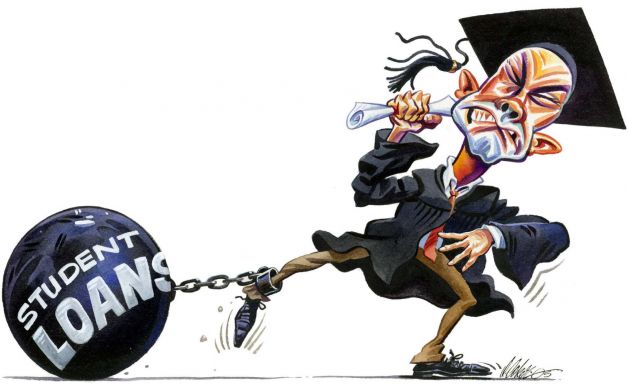 House Republicans have proven again they do not care about the poorer people who are trying to improve their lives through higher education.

America’s student debt crisis has nearly doubled in the past decade, reported Business Insider, but the House GOP 2018 budget is proposing massive cuts to student assistance.

House Republicans are hoping to cut $120 billion from student loan programs in the proposed budget, which will require the federal government to make loans even more expensive. This despite the fact that two-thirds of graduating students do so with debt that now cumulatively adds up to more than $1.3 trillion, reported Andrew Romans of Revere Press.

These debts are a major factor in why the United States has gone from ranking 1st in four-year degrees among 25-34 year olds in the 90’s to today’s more pitiful 12th place. And yet, the House’s budget is expected to increase borrower’s costs, even going so far as to remove government subsidies that allow students to graduate before accruing interest on their loans.

At a time when the average student borrower leaves college owing $34,000, the GOP budget calls for slashing Pell Grants by over $75 billion in the next decade. Pell Grant help nearly 8 million poor students pay for college, 70% of whom came from families making less than $30,000 in the 2015-2016 academic year.

The Pell Grant should be raised rather than reduced even further. When Pell began in the ’70s, the grant covered 79% of college expenses. Due to its failure to keep up with general inflation, it now only covers 29%. Under the House GOP’s plan, that number would drop to 23%.

Rather than cut from the biggest problem areas, like the war budget, they have decided to remove potential from American’s future by removing the means to an education for many.

Perhaps even more frustratingly, the whole point of the House’s budget is to eliminate the federal budget’s spending deficit in 10 years. The Congressional Budget Office estimates that instead it will inflate from last year’s $300 billion deficit to a whopping $1.4 trillion.

But in order to zero out the deficit, the budget makes the wildly optimistic assumption that the U.S. economy will grow 2.6 percent per year, whereas most economists think 1.9 percent to 2 percent is much more realistic.

There is still time to put pressure on our elected officials and tell them not to vote for the bill. Contact your senators and reps to let them know what you think of the bill that removes people’s ability to get an education