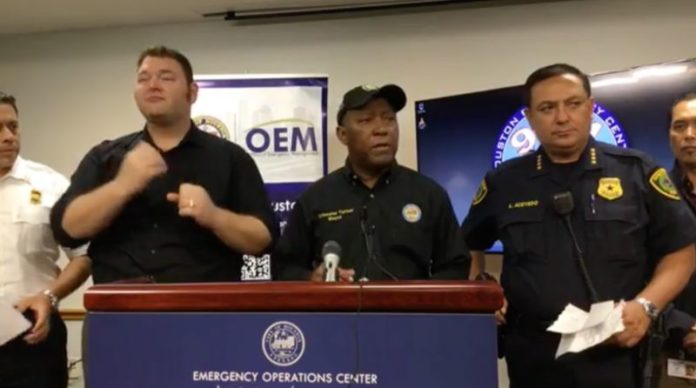 Houston Mayor Sylvester Turner delivered a strong message of support on Monday for the city’s undocumented immigrants, who are facing a uniquely dangerous threat from Hurricane Harvey.

There have been fears that undocumented people fleeing the path of the storm —which has left at least eight people dead and thousands without a place to live—would face an impossible dilemma: Flee their homes, and risk arrest and detention from immigration enforcement officials, or refuse to evacuate and face injury or death. In the hours before the storm hit, the Department of Homeland Security announced it would maintain immigration checkpoints along Texas’ highways, saying “Border Patrol checkpoints will not be closed unless there is a danger to the safety of the traveling public and our agents.”

But Turner insisted that people should feel safe to get help.

“There is absolutely no reason why anyone should not call [for emergency assistance],” he told reporters during a Monday morning press conference to update the public on the storm. “I and others will be the first ones to stand up with you.”

“If someone comes and they require help and then for some reason [someone] tries to deport them, I will represent them myself,” Turner, a graduate of Harvard Law School, added. (His comments come around the 41:30 mark in the video below.)

Speaking with MSNBC on Friday, Texas Governor Gregg Abbott also said that people seeking shelter from the storm would not be required to present citizenship document.

TX Gov. Abbot: Undocumented immigrants will not have to show ID for Hurricane Harvey relief https://t.co/W9J83v8PlL