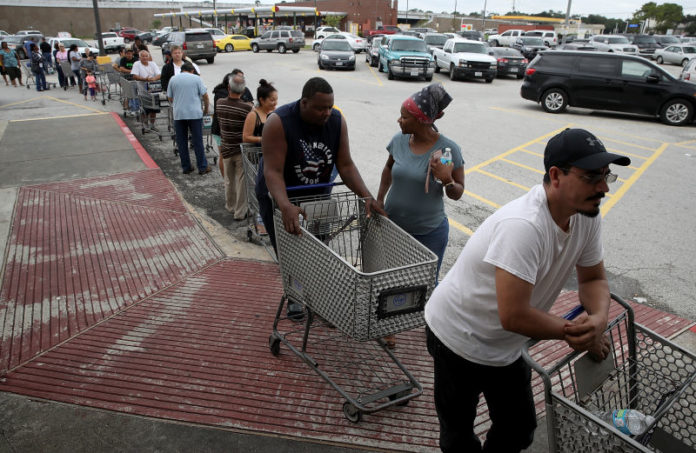 This administration is exhausting. Our current Congress is exhausting. Everything about living in this country right now is exhausting, and it never seems to end. We receive daily reminders that our current government is trash, and there are no signs that there will be any change in the immediate future.

The latest example of “Are they fucking serious right now?” comes from an Associated Press report that as Donald Trump promises to provide billions of dollars to help Texas rebuild after Hurricane Harvey, GOP members of the House are proposing an almost $1 billion cut from disaster accounts in order to finance this ridiculous wall along the border with Mexico that the president wants to build.

When Congress resumes after its August recess next week, the House will consider a spending bill that includes the $876 million cut to the Federal Emergency Management Agency’s disaster-relief account, in order to pay for roughly half the cost of the down payment on Trump’s ridiculous wall of doom at the U.S.-Mexico border, according to AP.

In this scenario, Donald Trump is Gretchen Wieners, and the wall at the border is “fetch.” Stop trying to make fetch happen, Gretchen. It’s never going to happen!

Like, why are we even still discussing this wall? It’s clear that the biggest threats to our country are contained within its borders, not outside them. We should be focused on that, and not fixating on some fictitious bogeyman that has not even made an appearance in the seven months this man has been president.

AP posits that because there is only $2.3 billion left in the FEMA coffers anyway, the optics on a move like this would be really bad, so it’s likely that GOP leaders will look to reverse this cut next week.

I hope they do reconsider this because …

Read more at the Boston Globe.