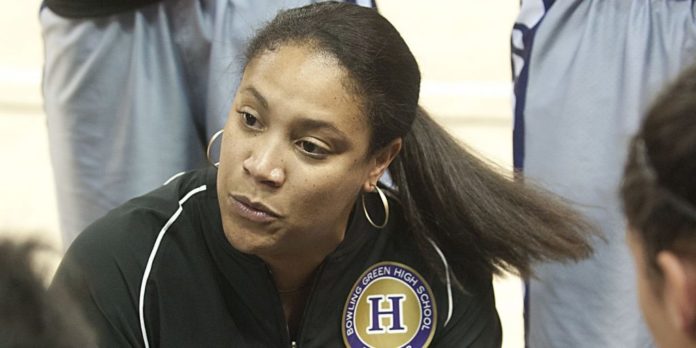 After being fired as girl’s basketball coach at Bowling Green High School Thursday, LaVonda Johnson wrote in a statement that she plans to take legal action after learning school officials “wanted more white coaches and white players” on the team.

Johnson posted a 254-56 record over 10 seasons and led the Purples to a quartet of Fourth Region championships. Her 2010-11 squad finished 25-2 and posted the program’s first-ever victory in the state tournament, reported USA Today HSS.

Johnson, a former All-State guard at Warren East High School who went on to play at Western Kentucky University, coached two seasons at Glasgow (2005-07) before taking the job at Bowling Green, said her assistant coaches were fired after the 2015-16 season. She went on to note a very disturbing conversation they had with the principal.

“During a meeting to discuss that decision, we were told by Principal William King that he wanted the coaching staff and team to ‘reflect the diversity of the school,’” wrote Johnson, who is African-American. “When asked whether that meant he wanted more white coaches and white players, he responded, ‘Yes.’ Needless to say, we were shocked and offended by this statement.”

Johnson wrote that she has filed complaints with the Equal Employment Opportunity Commission, the Office of Civil Rights in the Department of Education and the Kentucky High School Athletic Association.

“The district has steadfastly refused to talk to us,” Johnson wrote. “Given the district’s position, we appear to be left with no alternative but to pursue our rights in court.”

Gary Fields, superintendent for the Bowling Green Independent School District, said he was not at the meeting Johnson mentioned, but he does support King’s leadership of the school.

‘Crisis Situation’ As Low Morale And Pension Problems Cause Record Number Of Cops To...