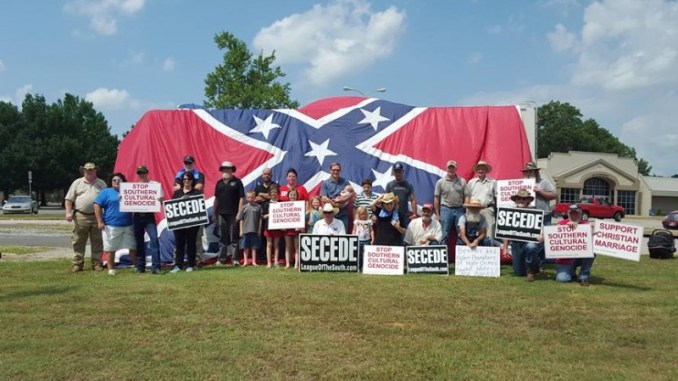 The League of the South is making a push for support to secede again and restore the Confederate States of America, which would of course trigger a second Civil War.

The group has erected billboards that said “SECEDE” in several states, and it even has its own flag — a black and white version of the familiar Confederate battle flag, minus the stars,” the Associated Press reported. “Secession also finds support on some websites that support white nationalism, including Occidental Dissent, run by a Hill associate, and the openly racist, anti-Semitic Daily Stormer.”

Raw Story reported that in a Facebook post titled, “fight or die white man,” League of the South President Michael Hill wrote, “what we Southern nationalist seek is nothing less than the complete reconquest and restoration of our patrimony–the whole, entire South. And that means the South will once again be in name and in actuality White Man’s Land.”

He ends the post with , “Are you willing to fight for your flesh and blood, for your sublime civilization? Or will you meekly and supinely submit to what your enemies tell you is your inevitable–and deserved–descent into historical and biological oblivion? I choose life, and to fight in the tradition of my honorable and courageous forebears. Join me.–Michael Hill”

Back in Abraham Lincoln’s day, the south tried to secede, and there was the Civil War, which convinced them to continue to be part of the U.S.  It seems the League of the South wants to go down that road again.

Hill admitted last month that they do have a problem retaining members.

“The League has lost some “weak sisters” lately because of our stand in favor of the South as White Man’s Land, participation in the Nationalist Front, and our continuing expose’ of the Jew as an ancient and implacable enemy of our people and civilization If you are a “weak sister” who cannot stand to be called a racist, anti-Semite, xenophobe, white supremacist, or any of the other epithets the left throws at us, then you don’t belong in The League of the South,” Hill wrote. “The time has come for The League to get strong for battle through the process of “addition by subtraction.” Those who are timid and embrace failed half-measures are excess baggage we do not need and will not keep.”

The League of the South and associated Southern Defense Force (SDF) is participating in Saturday’s “Unite the Right” rally in Charlottesville, VA and is telling members to prepare for violence.

“Engage in violence, and at the proper level, only in defense of your own person, that of your compatriots, and your property,” Hill wrote. “Stand your ground, speak your mind, and proclaim your message, but do not initiate physical contact with anyone who opposes you.” 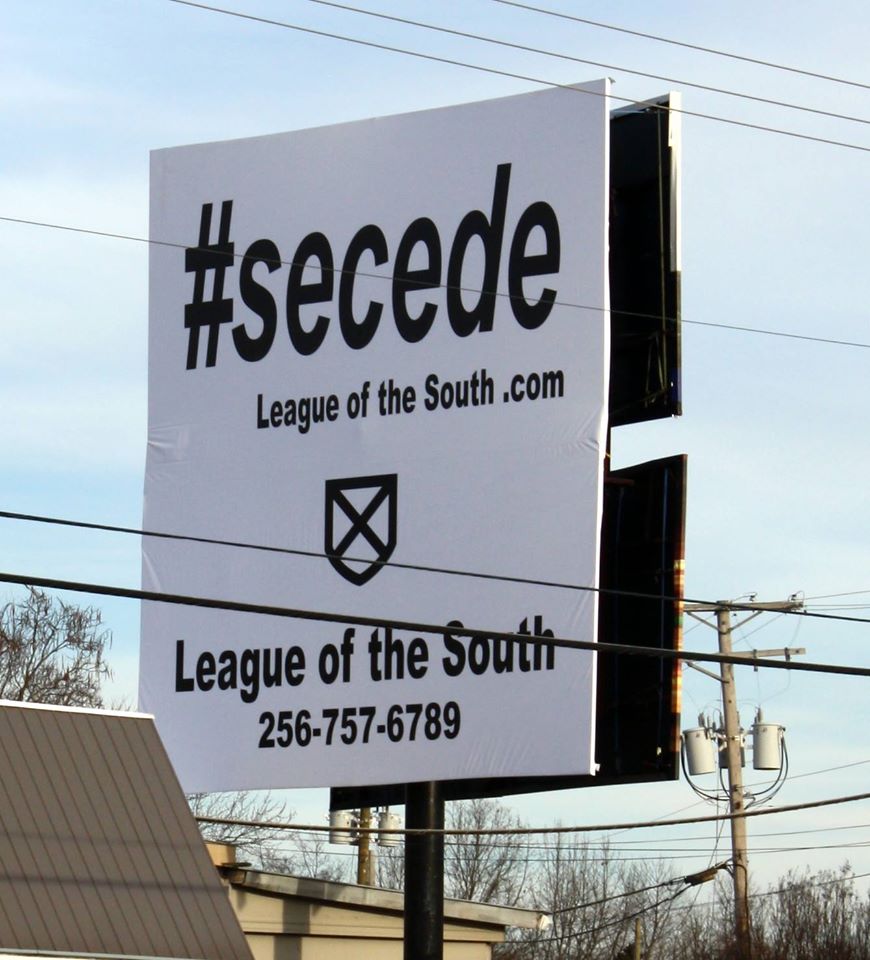 Hill is scheduled to be a speaker at the supremacist and alt-Right rally.