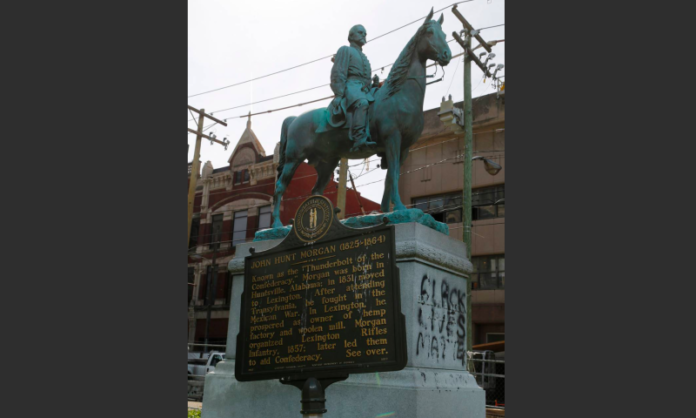 After the violent, deadly white supremacist rally in Charlottesville over the weekend, the mayor of Lexington, Kentucky has finally made the decision to remove the statues of those being praised by the hate groups.

On Saturday, Mayor Jim Gray said he is going to remove two Confederate monuments from his city’s former courthouse in light of the racial unrest and terrorism in Charlottesville, VA, reported The Root.

The white supremacist marchers allegedly went to Charlottesville because a statue of Robert E. Lee was removed from a public park there, but their activities showed that was not the real reason.

Although President Trump did not denounce the white supremacist terrorists, his attorney general, Jeff Sessions, said Monday the incident in which a car plowed into a group of counter-protesters, killing one person, “does meet the definition of domestic terrorism in our statute.”

He told ABC’s “Good Morning America”: “You can be sure we will charge and advance the investigation towards the most serious charges that can be brought, because this is an unequivocally unacceptable and evil attack that cannot be accepted in America.”

Mayor Jim Gray took to Twitter on Saturday afternoon and did what President Trump refused to do, he clearly condemned the white supremacist violence in Virginia.

Today’s events in Virginia remind us that we must bring our country together by condemning violence, white supremacists and Nazi hate groups

He then said that he is taking steps to remove two monuments to John Hunt Morgan and John C. Breckinridge from the site of what is going to become a visitor’s center.

Morgan fought for the Confederacy until his death in 1864; and Breckenridge, the U.S. Vice President under James Buchanan, was the only vice president ever to take up arms against the government of the United States.

I am taking action to relocate the Confederate statues. We have thoroughly examined this issue, and heard from many of our citizens.

The events of Charlottesville, apparently, moved the Mayor to announce the decision to remove the statues earlier than he planned to. Gray asked the Lexington city council to support his petition for removal next week.

Tuesday I will ask Council to support Lexington’s petition to the Ky Military Heritage Commission, a required next step. Details to come.

Kentucky was officially “neutral” in the Civil War and had representatives in both Union and Confederate Congresses and armies.

Although it was a slave-holding border state, more Kentuckians actually served in Union regiments than Confederate ones during the U.S. Civil War, but historical revisionists would have you believe that the entire state stood behind the Confederacy, according to The Root.