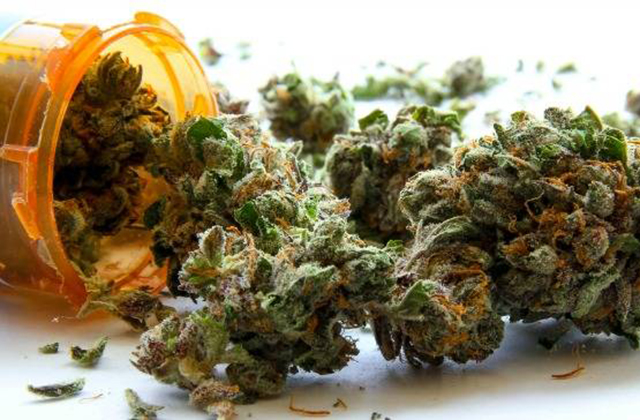 Prince George’s County Police Chief Hank Stawinski blames the decriminalization of marijuana for the rise in murder rates over the past three years, but marijuana has not even been decriminalized in Maryland.
The chief seems to be using the rise in murders, aka police failure, as an opportunity to push the blame away from himself and his employees, and he decides to blame a plant.
NBC Washington reports, “In Prince George’s County, homicides have gone up from 54 in 2014 to 77 in 2015 to 97 in 2016.”

“There seems to be more demand for it right now. And it’s causing a struggling between people and we’re seeing that play out in violence in Prince Georges County.”

Three years ago Maryland reduced the penalties for minor marijuana possession. They did not decriminalize marijuana. Stawinski is likely correct that reduced penalties have led to more marijuana traffic, but the violence does not arise from the reduced penalties but from the continued legal restrictions on marijuana that push it into the black market.
So if marijuana was actually completely decriminalized and it was just like all other plants, then there should be no increase in any crime from marijuana.
“If no legal restrictions against cannabis existed, and marijuana sales were conducted openly in a free market, then the violence incited by those who must trade in the cloak of deviancy would not exist,” reports dankspace.

All kinds of products experience an increase in demand which does not cause people to kill, because supply is not restricted by external forces. In this case laws against cannabis act as an external force cutting supply from demand and creating disorder in those markets.

Logically, if this relationship between crime and marijuana exists, as the police chief seems to believe, then complete legalization would eliminate the problem.  If the police chief truly thought these increased homicides were caused by marijuana, then he would push for full legalization, which economics 101 tells us would eliminate the lack of supply of the plant and eliminate any crime associated with the lack of supply. Another alternative is that he could refuse to enforce the marijuana laws that he says are causing the increase in actual violent crimes.  Of course if he did that, he might have to face the fact that something else could be behind the increased violent crimes.

Continuing to ignore the actual problems will not solve them.
(Article by Jeremiah Jones)