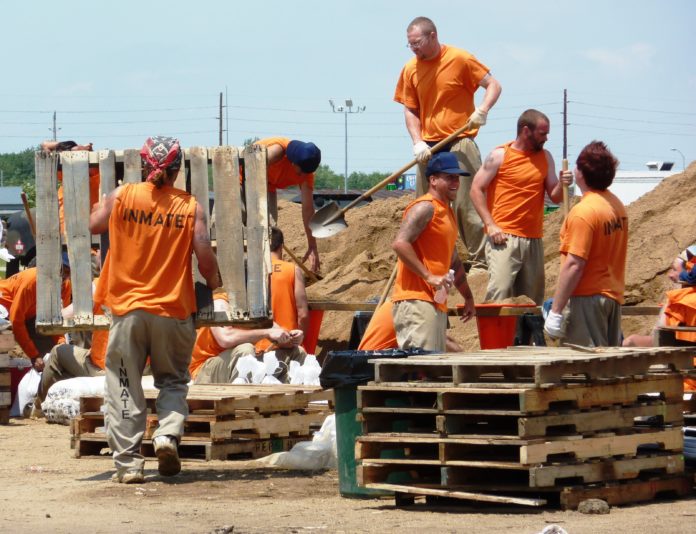 Bristol County, Massachusetts  Sheriff Thomas Hodgson has proposed sending county inmates to help the city of Houston clean up the city after Hurricane Harvey tore through the area.

Hodgson insists that the damage caused by Harvey is so severe that all cleanup resources should be considered, reported CBS Boston.

“At this point, I think we need to use every resource in the United States to come together. They’re already saying there aren’t enough construction workers in the United States to deal with this—to rebuild. So, it seems to me to make sense to have inmates that want to volunteer to get the experience in helping rebuild something,” Hodgson said.

Hodgson said that 10 inmates have already expressed interest in helping the people of Texas after the disaster.

“It’s really basically little cost to the taxpayers for the labor. But it would be not only good for the inmates, but good for the people of Houston and the whole area that’s been devastated by this terrible storm,” Hodgson said.

He says this is a win-win situation for those negatively affected by the hurricane and the inmates getting the work experience and being able to help those in need.

“Having inmates be able to go in there and know they really made a positive difference in the lives of all these people who have been devastated would be a wonderful thing for them,” Hodgson said. “Those kinds of things can change people’s minds and hearts. And we think this is something that would surely benefit the inmates—not only them, but the people in that community to get back on their feet quickly.”

Hodgson hopes that federal disaster relief funds can be used to pay for the inmates’ transportation and housing costs. Before any action could be taken, his proposal requires the approval of the Federal Emergency Management Agency, the sheriffs involved and the National Sheriffs’ Association.

WATCH: Cop Attacks 61yo Man for Singing a Beach Boys Song—Taxpayers to Be Held...