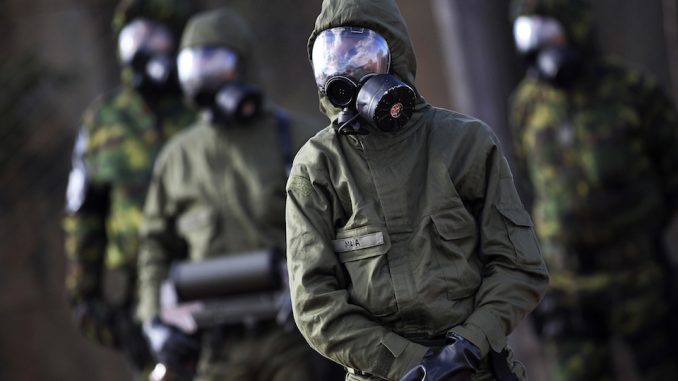 Western media outlets have remained silent on the recent slaughter of thousands of Shia Muslims in Saudi Arabia at the hands of the oppressive Saudi regime.

As the media continues to report on the ongoing Syrian conflict which occurred as a result of Syrian troops allegedly opening fire on anti-regime protestors in 2011 – the Saudi regime are doing much worse in the Shia-dominated region of the Kingdom amid a total media blackout.

Thelastamericanvagabond.com reports: In the case of Syria and Aleppo, the Russian and Syrian militaries were battling what could only be described as a foreign-backed armed jihad. Conversely, Saudi Arabia is killing political dissidents and has been doing so for some time now, facing little to no outrage from the international community.

The current conflict sees Saudi Arabia allegedly “reconstructing” an entire town in the Awamiya district. Saudi Arabia has tried to frame it as a “development” project in which they reportedly “generously compensated and offered alternative houses” to the residents, according to the BBC. Clearly, that was not the case, as the BBC notes that police were forcing the population of this Shia town to leave their homes, also sealing off the town’s entrances and exits so residents could not access essential services. They also cut off the electricity in a last-ditch effort to force residents out.

Fortunately, the BBC’s Sally Nabil was recently given rare and restricted access to the Awamiya district in Saudi Arabia to see this crisis for herself. She was told she would have only a few minutes and that once alerted, she would have to “leave at once.”

“When we got to Awamiya, the scale of devastation was shocking. It looked like a war zone – as if we were in Mosul or Aleppo,” Nabil writes.

“The town, which lies in the Qatif region of oil-rich Eastern Province, was home to about 30,000 people, most of them Shia…Now, there is nothing left of the once vibrant residential area but bullet-riddled houses, and burned-out cars and shops – a testament to the heavy fighting.”

Middle East Eye also drew a comparison to the siege of Aleppo by publishing satellite images that demonstrated the extent of the Saudi-led destruction in the 400-year old neighborhood of Awamiya, which the outlet notes is reminiscent of the destruction Assad helped exact upon Aleppo.

A satellite image show how Awamia town before and after Saudi force raided the town #Awamia, #Qatif. #Awamiasiege #SaudiArabia pic.twitter.com/XbsCfcXsSD

In its report, the BBC acknowledges that the Shia minority of Saudi Arabia have complained about what they perceive as “discrimination and marginalisation at the hands of the Sunni monarchy.”

“The Saudi regime does not accept opposition, whether it comes from a Sunni or a Shia. They are just intolerant,” Ali Adubisi, the director of the Berlin-based European-Saudi Organization for Human Rights, told Nabil.

Yet somehow, Saudi Arabia is considered an integral ally of the West, even as it does exactly what the West has accused Bashar al-Assad of doing in Syria for years. This Western support comes in spite of the fact that Saudi Arabia allegedly funds terrorist activity, which has manifested in Western countries and the rest of the world, too.

It is not as if the West merely turns a blind eye to this brutal activity; the U.S. and its allies directly facilitate the crackdown. By providing Saudi Arabia with the equipment and weaponry to not only destroy Yemen but also to punish its local population, the U.S. bears some of the responsibility for this crisis.

To date, at least 20 civilians have been killed, including a three-year-old boy. The Saudi authorities have blamed “terrorists” for the violence, but as Nabil reports, this is not even remotely true.

“I managed to find a Saudi man who recently fled Awamiya, and is now seeking asylum in Germany.

‘Security forces would shoot everyone – a man, a woman, an elderly person, or even a child,’ he said. ‘For days I couldn’t step out of my house. I was too scared.’”

The man, who chose not to be named out of fear, continued:

“’You can be sentenced to death in Saudi Arabia just because you are a Shia and you belong to a different religious sect. The people are deprived of their freedom and dignity and might even be executed in unfair trials. They won’t remain silent forever. If someone shoots you, you will have to shoot back.’”

Further, a U.S. diplomatic cable from 2006, archived by WikiLeaks, showed the U.S. knew Saudi Arabia’s Shia minority would not turn to militancy unless met with hostility from the Saudi regime. Their primary goal is greater autonomy given they have been so repressed for such a long time. If the U.S. is so insistent on delivering “freedom” to the people of Syria, surely the same freedoms should be extended to Saudi Arabia’s political and religious minorities, as well.

If we are to believe the propaganda that Syria was riddled with pro-democracy protests in 2011 that were met with an inexcusable violent response from the authorities, we should also believe the same about Saudi Arabia. We should condemn the Kingdom in the exact same way that Assad has been condemned in the years since 2011, and we should also demand that the Saudi regime remove itself in the face of this political dissent.

That is – of course – if we are to view these conflicts through the same lens.

As Middle East Eye observed, information so far has largely come from either Saudi government press releases, local activists, or Shia-focused news sites. Foreign media has only been able to visit the area if they are accompanied by government officials, meaning Nabil’s report is incredibly crucial if we are to understand the facts on the ground.

That being said, Nabil’s report is not headline news, and no one appears to be discussing this issue.

“This whole thing could have been avoided with negotiation and settlement,” argued Ali Al-Ahmed, a Saudi Shiite who previously lived near Awamiya and now runs the Institute for Gulf Affairs, a Washington D.C.-based think tank.

“The Saudi government is running a drive against people to make an example of the minority and show the majority [its power]… our people are no different than anybody else, the Americans who launched their revolution, the French, the Syrians.”

This is not Aleppo, nor Mosul, this is Awamiya in Saudi Arabia as regime continues offensive on historic Shia town pic.twitter.com/zdUWBuGcKT