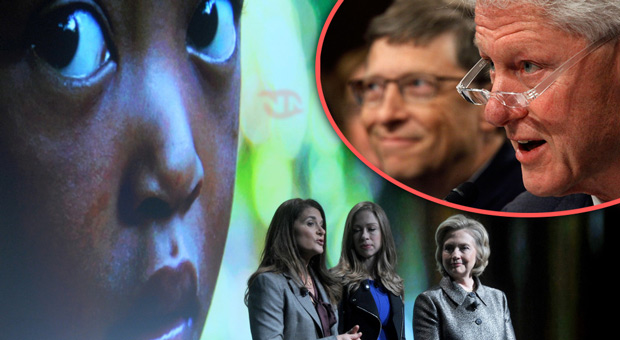 The wife of the SECOND richest man on the planet, Bill Gates, has made a huge donation of $375 million to organizations that provide abortions and contraception in a bid to depopulate the planet of black people.

Melinda Gates made the announcement at the recent Global Family Planning Summit in London that the Bill and Melinda Gates Foundation was going to donate the multi-million dollar sum to fund the population control program.

According to the U.K.-based magazine Marie Claire, the money will be used to develop a program aimed at stemming the population in African-American communities within 4 years by providing contraceptives and abortions.

This isn’t the first time Bill and Melinda Gates have been caught trying to push their globalist agenda.

Earlier this year it was reported that abortion drugs had been discovered by Kenyan doctors in vaccines issued by their controversial vaccination program in Africa.

According to Life News, any claims that the funds will be used to help people in need are utterly false:

“In other words, every dollar the Gates Foundation gives to Planned Parenthood for distributing birth control or building an abortion-friendly clinic frees up a dollar in Planned Parenthood’s budget to spend elsewhere.”

Natural News reports: The fact that Melinda Gates would donate such a large amount to population control efforts is rather unsurprising, considering the fact that both she and her husband have been long time advocates of organizations such as Planned Parenthood.

Mr. and Mrs. Gates also gave an additional $46.1 million to Marie Stopes International, a British-based organization known for providing what they consider to be “safe abortion services,” in 2012.

In a blog post published in June 2014, Melinda Gates wrote, “Around the world, there is a deep, broad, and powerful consensus: We should provide all women the information and tools to time and space their pregnancies in a safe and healthy way that works for them.”

Gates went on to say, “In the United States and around the world the emotional and personal debate about abortion is threatening to get in the way of the lifesaving consensus regarding basic family planning.”