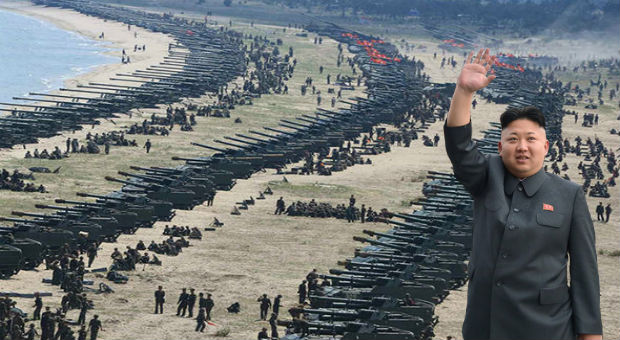 North Korea has released shocking images of massive military drills that show the West that they are more than ready for war.

The gut-wrenching show of force reveals Kim Jong-un’s fighter jets, attack submarines, and multiple artillery units. The shocking photo shows an entire beach on the east coast of the hermit state littered with explosions as soldiers carry out pre-war drills.

Submarines emerge from the water off port town of Wonsan as jets take off and land and it’s now estimated that 300 – 400 artillery units have been used in the drills, as confirmed by South Korea.

The express reports: They said they were monitoring the situation, which they described as a “large-scale firing drill” and said they were “firmly maintaining readiness”.

A North Korea propaganda newspaper based in Pyongyang said: “There is no limit to the strike power of the People’s Army armed with our style of cutting-edge military equipment including various precision and miniaturised nuclear weapons and submarine-launched ballistic missiles.”

Photographer Eric Lafforgue ventured to North Korea six times. Thanks to digital memory cards, he was able to save photos that was forbidden to take inside the segregated state 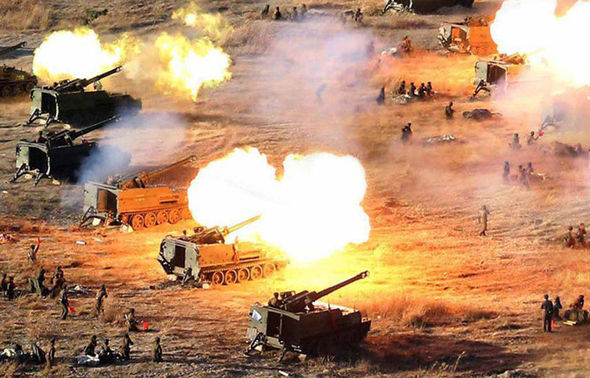 This 11-day exercise drills has begun in a similarly awe-inspiring manner, with hundreds of personnel involved in the explosive war games.

A huge number of North Korean soldiers took part in Kim Jong-un’s drill These joint exercises are known to enrage Kim, who believes they are preparation for an invasion of his rogue state.

The drills have been held as tension continues to escalate on the Korean peninsula – as well as in Japan. 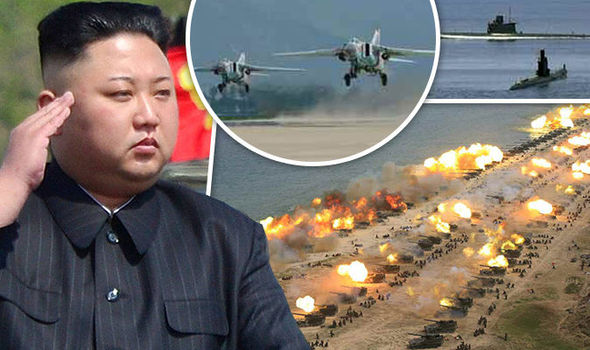 As well as this, Japanese companies have reported a surge in sales of bomb shelters and air filtration devices, products which cost tens of thousands of pounds.

Kim had promised to reduce Japan to “debris” in recent months, sending alarm bells ringing across the West.