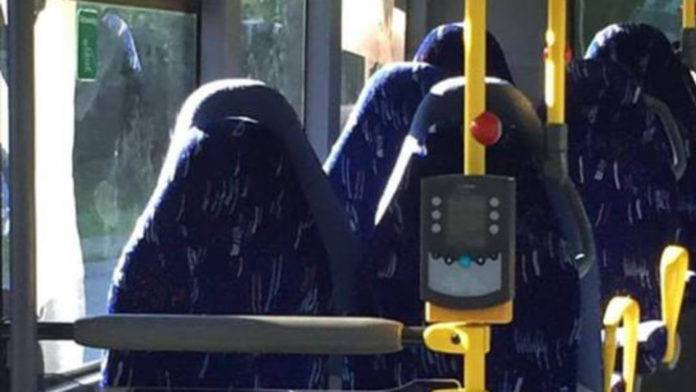 An anti-immigration hate group in Norway is being widely mocked for believing a photograph of empty bus seats was actually 6 Muslim women wearing burqas. Naturally they responded with the typical Islamophobic rhetoric.

The image was shared on a private Facebook group Fedrelandet viktigst, which translates as Fatherland first, and it caused outrage among the bigots of the group because they thought it showed the seats occupied by women wearing the full-face veil.

The man who shared the image, captioned “What do people think of this?”, said it was just “a little practical joke” to see how people would react to what was actually a photograph of a bus, reported HuffPost.

Johan Slattavik, who posted the image, said the responses gave him a “good laugh”.

“I laid out the photo to see what happened,” he said, adding that he was shocked so many people fell for it.

Users described the apparent scene as “scary”, “frightening” and “tragic”.

One person even suggested banning the empty seats:

“It looks really scary, should be banned. You can never know who is under there. Could be terrorists with weapons.”

Other members reportedly described the image as “tragic,” “disgusting” and proof of Norway’s “Islamization.”

Norway’s Islamophobic right-wing government recently proposed a burqa ban earlier in the year, in an attempt to put a dress code on the citizens and stop burqa wearing cultures from immigrating to Norway.

Even though they are more of a cultural thing than an actual Islamic thing, the burqas have become a hot topic for European debates over integration, extremism and freedom of religion in recent years, with France the first to implement a nationwide burqa ban in April 2011, reported The Independent.

Proving they are scared of women when they can’t see their face or hair, Belgium and Bulgaria were next, with partial or regional prohibitions now in place in Italy, Spain, Denmark and Switzerland.

The German, Austrian and Dutch parliaments have voted in support of a partial ban on face veils, but no laws have been enacted. 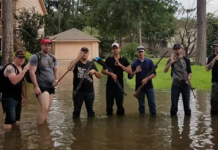 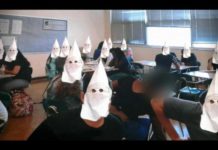