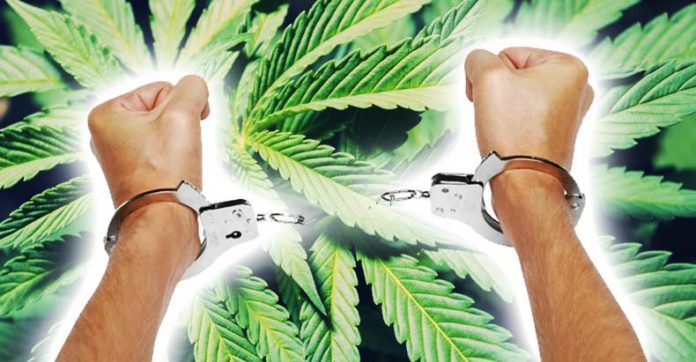 When police heard last year that they had to stop arresting people for pot, they began to fear monger. However, recent data shows they were only crying wolf.

New York, NY — Last November, Mayor Bill De Blasio announced that police would no longer arrest people simply for possessing small amounts of marijuana. Naturally, this news was met with fear mongering by the police unions who claimed it would put cops in danger.

“We do not want police officers left holding the bag if crime rises because of poor policy,” Patrolmen’s Benevolent Association president Patrick Lynch said. “Writing a summons to someone who does not respect the law can result in a volatile situation. Police officers always have to be on guard for violent reaction and resistance which can put them in danger of physical harm and potential disciplinary charges.”
However, like most police fear mongering, these claims turned out to be completely unsubstantiated.
New York residents saw a 40 percent reduction in the amount of arrests for marijuana, and amazingly enough, the city did not descend into total chaos.
While the number of people being kidnapped and locked in a cage for possessing a plant remains high at 18,120, this figure is down from a staggering 29,906 at the same time last year.
New York still has a long way to in regards to respecting the rights of individuals and their choice to consume marijuana, but ruining 11,000 fewer lives is definitely a good thing.
Also, it’s not like police have stopped looking for this evil plant, they just began extorting money from people who they catch with it.
While arrests are down, promissory notes of violence for failure to pay the state their extortion fee (aka citations) are up. Cops handed out 13,081 low-level pot summonses through the end of September which, at this rate, will be around 16,000 tickets for the year. This number is a 16 percent increase over last year’s number of 13,378.
As the state continues to kidnap, cage and kill people over this plant, humanity can remain sanguine by witnessing the tiny victories that are slowly chipping away at the government’s immoral and deadly war on drugs.
(Article by Matt Agorist; from The Free Thought Project)

Will ‘Blackout’ Movement Shut Down The NFL?