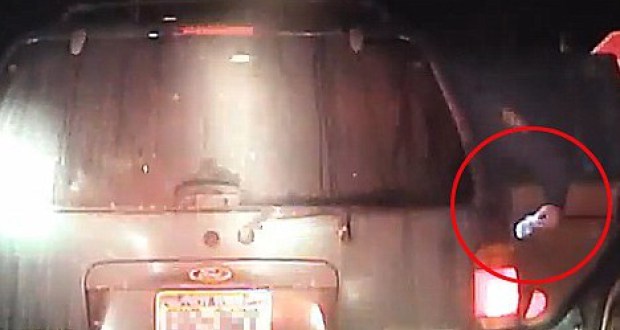 One of the biggest defenses in contraband cases are that law enforcement officers planted evidence and lie to make their arrests.

These cries from defendants are largely ignored by all parties involved, including the juries because of psychology.

When it is the word of a defendant against the law enforcement officer, people have been conditioned to rely on the word of authority as truth. The question is, should this be the case?

One of our editors stumbled across a web site where local law enforcement deputies are free to post, and do so with 100% anonymity.

In this web site, they exchange tactical information, procedural tips and methods to use to gain compliance of subjects or to arrest them for being difficult.

One such post, titled “Tricks of the trade – let’s exchange!” was started by a deputy who wrote,

“I have a method for getting people off the street that should not be there. Mouthy drivers, street lawyers, assholes and just anyone else trying to make my job difficult. Under my floor mat, I keep a small plastic dime baggie with Cocaine in residue. Since it’s just residue, if it is ever found during a search of my car like during an inspection, it’s easy enough to explain. It must have stuck to my foot while walking through San Castle. Anyways, no one’s going to question an empty baggie. The residue is the key because you can fully charge some asshole with possession of cocaine, heroin, or whatever just with the residue. How to get it done? “I asked Mr. DOE for his identification. And he pulled out his wallet, I observed a small plastic baggie fall out of his pocket…” You get the idea. easy, right? Best part is, those baggies can be found lots of places so you can always be ready. Don’t forget to wipe the baggie on the persons skin after you arrest them because you want their DNA on the bag if they say you planted it or fight it in court.”

This revelation started off a wave of other postings on what police officers do to put people in jail.

This includes planting evidence and falsifying official reports used to lock suspects up.

We left a post asking for the original poster to contact us anonymously and if certain conditions were met, we would interview him.

We were contacted by a person, who we will refer to as Joe Deputy.

He has been employed as a law enforcement officer for in excess of 15 years.

Jeffery Schultz: You posted about arresting people for drugs that they didn’t have. Does planting evidence like this take place at the Palm Beach County Sheriff’s Office?

Deputy Sheriff: Um, yes it does, on a regular basis. Probably every day in my shift. I work nights on the Road Patrol in a rough, um, mostly black neighborhood. Planting evidence and lying in your reports are just part of the game.