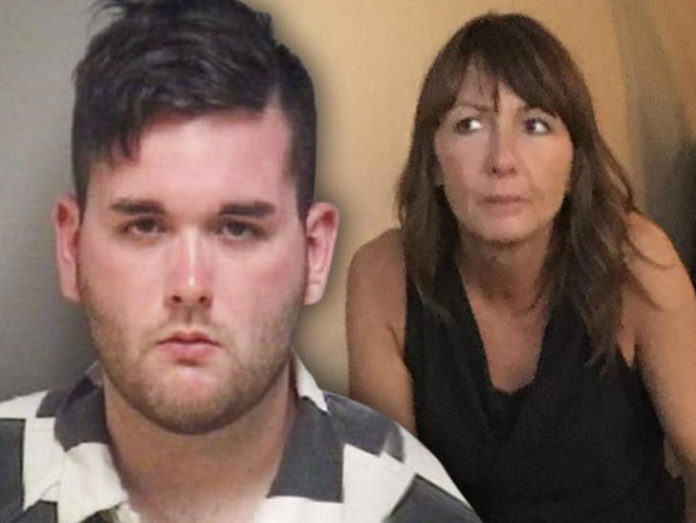 James Alex Fields Jr.- the suspected Charlottesville attacker charged with one count of second-degree murder, and three counts of malicious wounding during the “Unite the Right” rally once described by neighbors and former classmates as “a quiet gentle giant” was anything but. A new report has revealed that Samantha Bloom, Fields’ mother previously called 911 on him several times according to records obtained by TMZ. Records revealed that from 2010-2011 on at least three occasions, Bloom sought out intervention via law enforcement for protection from the violent son, proof that Fields was a danger to others for some time now.

As reported by Daily Mail:

Fields, who is now 20, would have been 13 and 14 at the time of the calls, which were made in Kentucky, where the mother and son used to live before moving to Ohio.

In one of the cases, a friend of wheelchair-bound Bloom called police, saying that Fields had threatened his mother, spit in her face, and stood behind her with a 12-inch knife.

Bloom reportedly told police that she wanted him taken away, and they followed suit by arresting him and taking him to a juvenile detention facility.

In another case, Bloom personally called 911 and said that her son exploded in anger at her when she told him to stop playing video games. She claimed that he hit her in the head and put his hand over her mouth. She locked herself in a bathroom and then called police for help. She told the emergency dispatcher that her son was on medication to treat his anger issues.

And in the third case, Bloom called police saying her son was being threatening toward her and she was scared.

These records reveal the truth about Fields and his past, which was in stark opposition to Bloom’s statements about her son. In an interview with Bloom following Fields’ arrest on Saturday, she claimed she was “shocked” to learn about what her son had done. Bloom seemed to be in disbelief when told her son was attending a white supremacist march- as she claimed she was under the impression that is was a “Donald Trump” rally.

‘I just knew he was going to a rally. I mean, I try to stay out of his political views. You know, we don’t, I don’t really get too involved, I moved him out to his own apartment, so I’m watching his cat.

‘I thought it had something to do with Trump. Trump’s not a white supremacist,’ she said.

Fields was arrested on Saturday after plowing his Dodge Challenger through dozens protesting the alt-right rally he had taken part in earlier in the day. One woman died in the incident and 19 others were injured.

Alt-right groups have been protesting the planned removal of a Robert E Lee statue in Charlottesville, Virginia. But hundreds of others turned out to make a statement against the white supremacists.

In an interview with The Toledo Blade, Bloom said that her son texted her Friday to say he had dropped his cat off at her apartment so he could go to an ‘alt-right’ rally in Virginia.

‘I told him to be careful,’ Bloom said. ‘[And] if they’re going to rally to make sure he’s doing it peacefully.’

She had returned from dinner Saturday evening unaware that her son was involved and had not yet been contacted by police.

He told her about the rally last week, but didn’t offer details about it. ‘I thought it had something to do with Trump,’ she said.

When pressed by the reporter about what Bloom was told by her son, it does appear that he had indicated it was an alt-right gathering.

‘Like I said, I don’t really talk to him about his political views,’ she said. ‘He just — so I don’t really understand what the rally was about or anything, so… I just know there was — he did mention it was ‘albright’?’

The reporter then interrupts her, asking, ‘Alt-right?’

The reporter then corrects her, saying: ‘No, alt-right. It’s like alternative right.’

Bloom said she and her son had just moved to the Toledo area from the northern Kentucky city of Florence. She said that’s where Fields grew up. She relocated to Ohio for work.

Fields is being held at the Albemarle-Charlottesville Regional Jail.

Join the discussion in the comments section and have your voice heard.