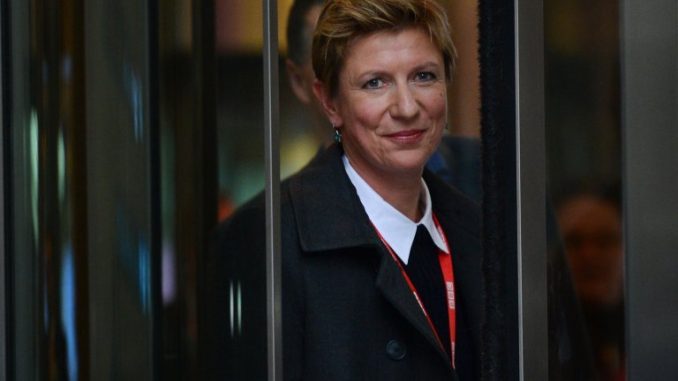 Liz MacKean, the former British investigative reporter who exposed Jimmy Savile and the culture of pedophile protection at the BBC, has been found dead. She was 52.

MacKean worked at the BBC until she quit in 2013 after executives decided to ban her groundbreaking and brave investigation into predatory pedophile Jimmy Savile in order to protect him and other pedophiles.

Dismissed by the establishment as mad and dangerous, MacKean was finally vindicated when the truth about Savile’s pedophilia eventually came out in 2012, a full year after MacKean first tried to bring his notorious crimes to light.

The BBC, who blocked her groundbreaking investigation from airing and spent the next few years attempting to destroy her reputation, are reporting that she died of “complications from a stroke.”

Acknowledging her life was under threat during the time she was investigating Savile and BBC elites, MacKean said her conscience left her no option but to pursue the truth and expose the culture of pedophila. The mother of two children believed it was her duty.

When it became public that BBC News blocked her investigation from airing, she admitted on Panorama: “I was very unhappy the story didn’t run because I felt we’d spoken to people who collectively deserved to be heard. And they weren’t heard.

“I thought that that was a failure… I felt we had a responsibility towards them. We got them to talk to us, but above all, we did believe them. And so then, for their stories not to be heard, I felt very bad about that. I felt, very much, that I’d let them down.”

Liz MacKean is the second high profile BBC journalist to die in suspicious circumstances after attempting to expose the truth about the pedophile ring operating in the upper reaches of the establishment. Jill Dando, former Crimewatch host, also tried to alert her bosses to the pedophile ring at the BBC, warning that “big name” stars were implicated.

Jill Dando, who was 37, was shot dead on April 26, 1999 on the doorstep of her West London home in a crime that still remains unsolved.

Before she died, Dando had passed a file to senior management in the mid-1990s, proving that big name BBC stars, including Savile, were involved in a pedophile ring, but senior management chose to cover up the child abuse rather than organize and investigation.

“No one wanted to know” when Dando raised concerns about the alleged ring and other sexual abuse claims at the BBC, according to a former colleague and friend.

“I don’t recall the names of all the stars now and don’t want to implicate anyone, but Jill said they were surprisingly big names.

“I think she was quite shocked when told about images of children and that information on how to join this horrible paedophile ring was freely available.

“Jill said others had complained to her about sexual matters and that some female workmates also claimed they had been groped or assaulted.

“Nothing had been done and there seemed to be a policy of turning a blind eye.”

The former colleague said female BBC staff confided in Jill, one of the best-known TV faces of the day after fronting primetime shows including Holiday and the Six O’Clock News as well as Crimewatch.’

The source said: “I think it was in the mid-1990s. She was seen as the face of the BBC and a magnet for women with problems.”

White Supremacists Pop Off in Va. and Cops Don’t Seem to Give a Damn....