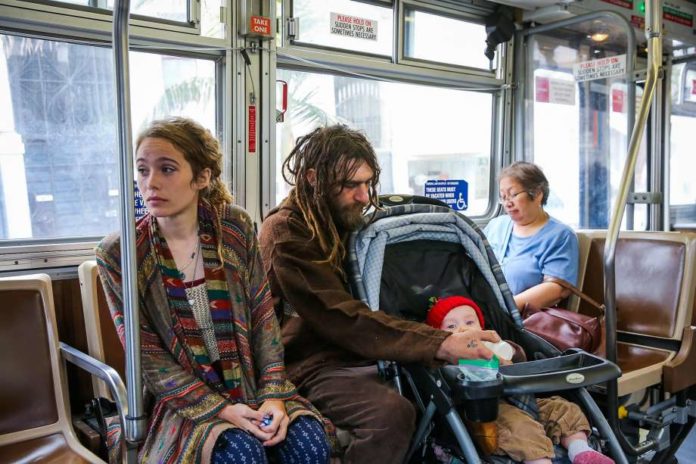 This San Francisco family’s plan of moving to New Orleans to settle down has been crushed as police made them homeless, and vehicleless, because of unpaid parking tickets.

After leading a nomadic life the past 5 years by way of buses and recreational vehicles and selling art along the way, this couple and their 8 month old child were were planing to travel in their newly souped-up RV to New Orleans and settle down, reported SF Chronicle.

Instead, they were kicked out of their home by police, and the vehicle was towed. The couple now faces  a fine of $5,246 for a 1986 Travel Craft RV that cost them $2,500 when they bought it last year.

Marielle Lowes, 24, a painter who also makes medicinal salves, has lived with her boyfriend, Paul Wassell, a gemstone crystal jeweler and miner, in the RV for the last two years. After giving birth to Donovan Wassell 8 months ago, Lowes, a New Orleans Native, said she wished to “normalize” life for the child, which is why they were planning on moving to New Orleans.

“I’m a mom now,” she said. “I quit partying and am more modest. Things are different. I just need to get home.”

July 27, parking officials knocked on the door as the RV was parked on Lincoln Way near 25th Avenue alongside Golden Gate Park, told the sleeping Lowes and her baby to get out, and hauled the vehicle to the city tow yard., with everything they own in it — including their jewelry-making and painting toolsets.

She and Wassell had reportedly accrued 27 tickets and $2,095 in penalties prior to that encounter. Per city regulations, the couple will now have to pay a $980 tow charge and $2,171 in storage fees.

“The fact that there would be no humanitarian thought about putting this woman and her 8-month-old out on the sidewalk is so callous and dehumanizing,” said Paul Boden, organizing director of the Western Regional Advocacy Project in San Francisco, an antipoverty advocacy group. “This is what happens to poor people who can’t pay these outrageous parking tickets and tow charges — they wind up losing their rolling homes.”

The family has resorted to sleeping on acquaintances’ couches, because their money making art instruments were taken away with their home. 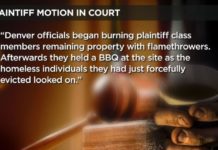