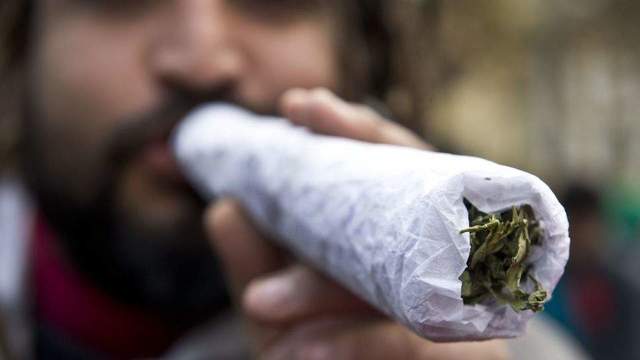 Evolving attitudes about marijuana among the majority of Americans, as well as decriminalization laws starting to sweep the nation, have done little to quell questions about the health effects of longtime use among medical professionals, lawmakers, and people on both sides of an ongoing debate about the plant.

Even with a dearth of research, the general consensus in past decades has been that smoking marijuana regularly poses significant health risks. A new study out of Emory University in Atlanta, however, could challenge what has become the fundamental argument for maintaining the plant’s designation as a Schedule 1 drug.

“Lifetime marijuana use up to 20 joint-years is not associated with adverse changes in spirometric (exhalation strength) measures of lung health,” the study, featured in the medical journal Annals of the American Thoracic Society, concluded.

In an effort to measure marijuana’s impact on lung function, researchers used data from the National Health and Nutrition Examination Surveys to conduct a cross-sectional analysis measuring participants’ forced expiratory volume — defined as the amount of air one can forcibly exhale in one second. They found that adults between the ages of 18 and 59 who smoke one marijuana cigarette, also known as a joint, per day had the same expiratory volume as someone who didn’t partake in the plant.

The data collected suggests that it’s unlikely that prolonged marijuana use would cause respiratory diseases in a way that smoking tobacco would. While researchers at Emory University found that marijuana users who smoked joints reported coughing and having a sore throat — symptoms of bronchitis — they attributed that to the use of rolling papers, especially since those who used vaporizers reported similar problems less often.

The results of the Emory University study bear a striking similarity to previous research about marijuana’s effects on lung function. In 2012, government researchers found that people who smoked pot daily for seven years didn’t damage their lungs in a manner similar to that of tobacco smokers. A 2013 study conducted by Donald Tashkin, a professor at the University of California Los Angeles who has led long-term studies on the effects of tobacco inhalation, also confirmed that marijuana use alone didn’t cause significant abnormalities

“The distinction the Emory University study makes is not new,” Allen St. Pierre, executive director of the National Organization to Reform Marijuana Laws, told ThinkProgress. “It’s ripe with citations from Donald Tashkin who has spent more than 40 years trying to answer the question of what happens to people when they smoke tobacco and marijuana. This new study took things further; today these products aren’t being smoked [in a way] that the product is carbonized and there’s ash. Putting marijuana in your lungs is not the healthiest decision you can make but it’s stark compared to the damage done by tobacco.”

While these findings could be used to further support decriminalization and legalization efforts, issues about other health consequences of pot use — and particularly how it affects long-term brain function in adolescents and fertility in men — remain unsettled, especially in light of research publishedon these matters.

That’s why lawmakers in states that have either decriminalized or legalized the sale and use of marijuana have expressed a desire to further study its medical benefits and the long-term effects of inhalation. Proponents of additional pot research say that these lingering questions have stalled efforts to shape public policy that reflects empirical data rather than lawmakers’ biases.

This move for more research is out playing in Colorado, a state where the sale of marijuana has been legal for more than two years. While a panel of medical professionals in the state recently applauded state lawmakers for approving an $8 million grant for medical marijuana research, they said that the dollar amount doesn’t suffice in filling conspicuous information gaps.

The panel pointed out that scientists know little about pot use among young adults, especially those between the ages of 18 and 25. Questions about the degree to which Tetrahydrocannabinol (THC) — marijuana’s active ingredient — would impair skiers have also surfaced. During its meeting earlier this month, the panel, which included doctors, toxicologists, and an addiction specialist agreed that physicians needed more information about pot’s effects on pregnant women.

That consensus hasn’t stopped some lawmakers from acting punitively against marijuana users, particularly those with child. Officials in Colorado introduced a bill requiring pot shops to post warnings about marijuana use by pregnant women. The legislation, if enacted, would also prohibit doctors from recommending medical marijuana to expectant mothers. With little information available about how marijuana affects the fetus, Republicans trying to pass the bill in a majority-Democratic legislature face a tough road ahead of them, further reaffirming the panel’s concerns about the lack of scholarship on the issue of marijuana.

Efforts to learn more about marijuana’s health effects, however, may be thwarted by the current federal restrictions on cultivation and the types of research that scientists can conduct. Those who want the government’s approval to study marijuana can only do so only to determine the amount of bodily harm its causes.

Once they jump that hurdle, scientists have to secure approval from the National Institute of Drug Abuse, the Food and Drug Administration, and the Drug Enforcement Agency (DEA) to obtain and transport large quantities of the plant from the government’s lone research repository at the University of Mississippi, a process that can add months and years to their research timeline.

Even when researchers finally reach the light at the end of the tunnel, they may find out that the federal government doesn’t have the strains of marijuana pertinent to their research. While lowering pot’s substance classification could lift barriers to research, the DEA has stubbornly maintained its position that the plant poses a significant danger to the public and has no accepted medical use.

“If we’re serious public policy people, we would let the scientists figure this out,” St. Pierre told ThinkProgress. “Does one set of vegetative matter produce a certain range of carcinogens? If so, to what degree and amount? How do people consume it? This entire discussion should be based on science. But the laughable thing is that the government is against this type of research. All we have are anecdotes but we need science that meets the standards of a proper peer review.”