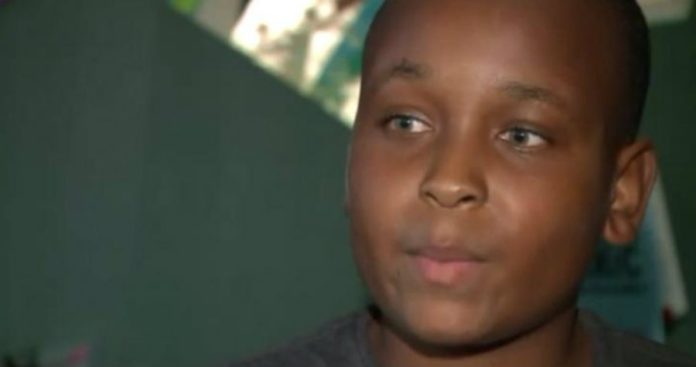 We talk about this all the time but we must continue to have the conversation until things begin to change. When I was in fourth grade, I had class with a young lady who never participated in the holiday parties and she never stood for the pledge of allegiance. Of course (as fourth graders) we always thought it was weird but no one ever singled her out and tried to force her to conform to another way of thinking. We asked her why because we were curious and she opted out for religious reasons and that was that.

So fast forward over 20 years later and everyone wants you to pledge their allegiance to this country and if you don’t you’re disrespectful or ungrateful. Are you disrespectful and ungrateful when you sit out for religious reasons or just when you’re black and refuse to honor a country that doesn’t care about the lives or well-being of people who look like you?

The mother of a high school student recently had deal with a teacher forcing her belief onto her son who was silently exercising his right not honor the American flag. Most of us are familiar with the public school tradition of reciting the pledge of allegiance every day before starting school. While in Spanish class, Shemar Cooper, a student at Eisenhower High School in Illinois, refused to stand when his teacher told him to do so. After repeatedly stressing the issue Cooper told his teacher “American Sucks.” The teacher later spoke with his mother, to which his mother apologized for the way Cooper spoke to her but told the teacher she completely supports her son’s right not to stand for the pledge.

Even after speaking with Cooper’s mother, Kelley Porter, the teacher tried to physically force Cooper to stand for the pledge. Now Ms. Porter wants disciplinary action taken against the teacher. Officials at Eisenhower High School said they support their students’ and faculty’s right to not stand for the National Anthem or Pledge of Allegiance.

Ms. Porter filed a complaint with the local police department as the school investigates the incident.

This is a perfect example of how difficult it is being black in America. Even when you choose to SILENTLY exercise a right that is granted to all Americans, you’re still painted as the bad guy.