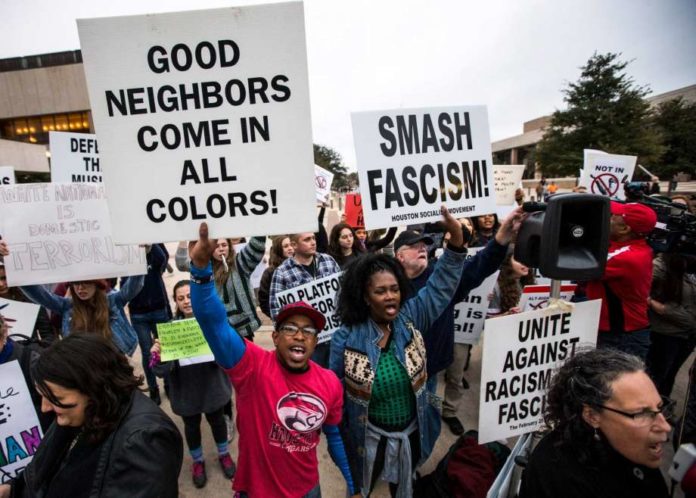 White Supremacists, including the famous mouthpiece Richard Spencer, were planning another rally at Texas A&M University after their carnage in Charlottesville, VA, but the university has discovered a loophole to bypass the freedom of speech of the hate groups that make up the violent white supremacist movement. School officials announced on Monday that they have cancelled the “white lives matter” rally due to student safety concerns.

The school announced it made its final decision after consulting law enforcement and “considerable study,” and ultimately ruled that the event will not take place due to “concerns about the safety of its students, faculty, staff and the public,” reported The Texas Tribune.

“Texas A&M’s support of the First Amendment and the freedom of speech cannot be questioned,” the university said in a statement Monday afternoon. “However, in this case circumstances and information relating to the event have changed and the risks of threat to life and safety compel us to cancel the event.”

The rally was originally planned for 9/11, but following the weekend of violent racism in Charlottesville, VA at a “Unite the Right” white supremacist rally that left one person dead and several dozen injured, the students at Texas A&M are safe from the violent bigots for a little longer.

“We were disturbed about the title of Mr. Wiginton’s release,” Amy Smith, senior vice president and chief marketing and communications officer at the university told the Tribune.

“When we discussed with law enforcement and others who were at the meeting today, there was no guarantee that we could guarantee safety,” Smith added “If we could not get that guarantee from our law enforcement, we were not going to put a single student at risk.”

It is likely that the school’s decision to protect students from violent racists will be challenged in court.

Wiginton said Monday afternoon that he had not been told that the rally had been canceled, adding that he signed up to protest at a “free speech area” on campus. Whether or not it actually goes that far and will be held up in court is another story, as A&M would be tasked with proving to a court that it did not discriminate against Wiginton’s views and provided other alternatives for his message to be communicated, according to the Tribune.

“I guess my lawyers will now be suing the state of Texas,” he told the Tribune, adding that he knew of a lawyer who would help.