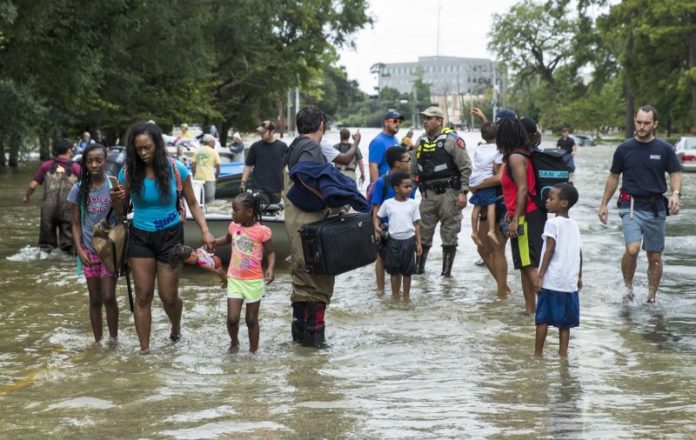 As reports continue to roll in estimating the damage that Hurricane Harvey has caused to parts of Texas, the news that Texas Secretary of State Rolando Pablos reportedly turned down help from our friends in Canada is beyond troubling.

According to Pathos, Quebec Minister of International Relations Christine St-Pierre called Pablos to offer blankets, beds, pillows, hygienic products and electricians, which were also given to the U.S. during Hurricane Katrina, and this dumbass turned down help that the people of Texas actually need and instead asked only for prayers.

“It was a conversation about how devastating the situation is and we want to express our support to the people of Texas,” the minister told CBC News, according to Pathos. “ … Pablos declined the aid, asking only for ‘prayers from the people of Quebec.’ He was very touched by the fact we called him.”

I understand religion and the need to get closer to a higher power during a crisis, and I also understand hunger and being cold. And when someone calls and says, “Hey, I can feed you and get you warm again,” I immediately assume that my prayers have been answered. But Pablos turned down the physical assistance, which may have actually been God answering his prayers, to wait on God.

After hearing that Joel Osteen was waiting to hear from the government before he could turn his church into a shelter, I’m now convinced that some people in Texas don’t understand the concept of God.

As Pathos pointed out, maybe authorities didn’t have the means to handle a massive amount of donations. Maybe, because of the massive flooding, they have trouble finding storage facilities that can house all of the items that Canada so generously offered. Maybe … yeah, I know … fuck that, I tried.

This reeks of being unable to allow a male ego to drop a few decibels to receive help for people in a time of need. Pablos didn’t even ask for donations; he asked for prayer!