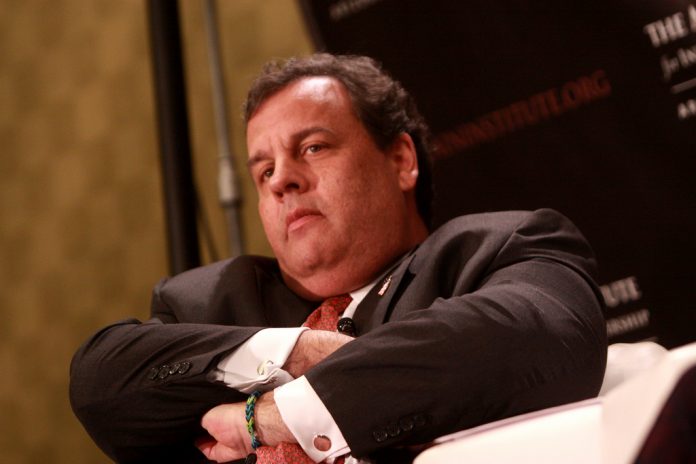 As the nation grapples with how to deal with the ever mounting death toll associated with the opioid crisis, police and law enforcement officials are trying to find solutions on how to address the problem and tackle the issue head on.

The latest proposition, however, under the guise of public safety and necessity for the greater good- proposes that police and law enforcement officials have “access to prescription a drug monitoring database without a court order- pitting patient rights to privacy against the government’s ability to investigate so-called doctor shopping”, and “without a warrant or subpoena.”

This opens the floor to debate on whether or not the move will be a slippery slope into the increased violation of privacy of American Citizens and the growing problem of excessive surveillance and the consequences of such.

As reported Michael Catalini for ABC:

New Jersey is the latest state amid a national opioid crisis to consider allowing police and law enforcement officials to access its prescription drug monitoring database without a court order, pitting patient rights to privacy against the government’s ability to investigate so-called doctor shopping.

Republican state Sen. Robert Singer introduced the legislation Tuesday after discussions with a county prosecutor, arguing that the legislation will help officials target physicians who might be illicitly prescribing powerful prescription medications.

“We are in a crisis in this country, and when you’re in a crisis form, you have to take certain actions,” Singer said. “This action is another tool in their arsenal.”

Nationally, the number of deaths from opioid drugs topped 30,000 in 2015, nearly double the rate from a decade ago, according to the National Institutes for Health. Across the country, states have implemented prescription drug monitoring databases that allow pharmacists, doctors and law enforcement to track who may be giving out too many controlled substances.

The proposed law in New Jersey comes as states across the country are grappling with how much leeway to give officials and law enforcement when it comes to examining the databases. In Rhode Island, Democratic Gov. Gina Raimnondo a new law similar to Singer’s proposal.

In California, the Supreme Court ruled recently that the state Medical Board can dig through prescription drug records without a warrant or subpoena.

Christie has made addressing the state and nation’s opioid epidemic his top priority, including chairing a White House commission on the crisis. A video showing him discussing a friend with an addiction to opioid painkillers was the moment during his failed presidential campaign that most connected with voters.

Christie put his opposition to the new bill in constitutional terms, saying that he doesn’t want prosecutors to “troll that stuff.”

Christie has voiced while he can see the need for transparency, the need to have a court order for the information should be required for access because without it- the need for a probable cause for other matters could go out the window.

“You shouldn’t just be able to look at it for jollies,” said Christie, whose anti-opioid commission is set to publish an interim report by the end of July after its release was delayed by more than a month. “If you have a case and you have some probable cause, OK that’s fine. Go to a court and get a judge to give you permission to look at that information.”

Singer says he’s heard from New Jersey prosecutors who say they need the tool and that the privacy concerns are overblown compared to the effects of the opioid crisis.

“Talk about things being tracked. E-ZPass, Amazon, your phone. Everything is being tracked today,” he said. “The world has changed on privacy.”

Monmouth County Prosecutor Christopher Gramiccioni inspired Singer to write the bill, according to Singer, who’s been in the Senate since 1993.

Gramiccioni says the legislation would loosen restrictions for the collection and analysis of valuable information in the database.

Singer also added that his bill would require officials to “certify” that they are engaged in a specific investigation, cutting back on concerns about fishing investigations.

“It’s not a hostile thing but the governor’s wrong,” he said.

Christie, a former U.S. attorney, didn’t rule out looking more closely at the bill if it gets to his desk, but said that as a prosecutor he’s opposed to it.

“Prosecutions work best when you actually have facts. If you’ve got enough facts to be able to look at the prescription monitoring program then go to a court and prove that,” he said.

Who’s stance do you more closely agree with, Sen. Robert Singer, or  Gov. Chris Christie?  Does the need to find a solution to the opioid crisis trump the need to maintain one’s privacy and right to keep medical records to oneself? Start the discussion in the comments below.