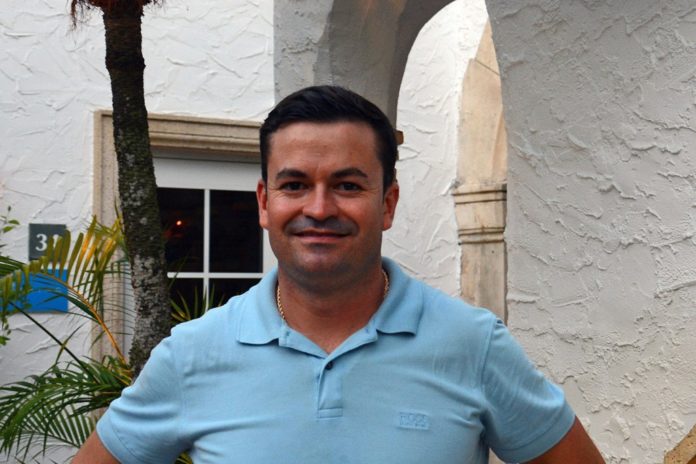 An immigrant who came to the U.S. over 20 years ago, voted for and supports Donald Trump, but is facing deportation under the president’s new immigration policy.

“I knew that 90% of my customers wanted him to be the president, and I had a feeling that it was good for us, for the economy, and I thought that people would be happy and spend more money,” Gonzalez said.

Gonzalez, 36, has lived in the United States since he was 15 years old.

Gonzalez, who is married to a U.S. citizen, has no criminal record and is a father to 3 U.S.-born daughters, came to the United States in 1997 using a tourist visa to live with his brother. While here he attended school, and worked in a restaurant.

A few years later, he decided to go visit his parents, so he traveled to Mexico. As a teenager, he did not understand the immigration policy of the U.S. When he tried to re-enter the U.S. using the same tourist visa, border agents told him it wasn’t valid and sent him back.

He did not want to return to life on his family’s farm after living in Palm Beach for a few years, so he crossed the southern border illegally.

“When you cross the border illegally, you don’t think of any of it — you’re just looking for a better life, you want to be at a better place,” he told The Intercept. “You don’t think you’re committing a crime.”

For years, he has routinely checked in with Immigration and Customs Enforcement officers in Broward County. ICE granted him a deportation stay in 2016. But now he faces the threat of deportation under the Trump administration, which has enforced immigration laws more aggressively than previous administrations.

Gonzalez was scheduled to check in with ICE officers again in July, which could have lead to his deportation. But the meeting has been delayed for three months thanks to an online petition with thousands of signatures, according to My Palm Beach Post.

White Supremacists Pop Off in Va. and Cops Don’t Seem to Give a Damn....