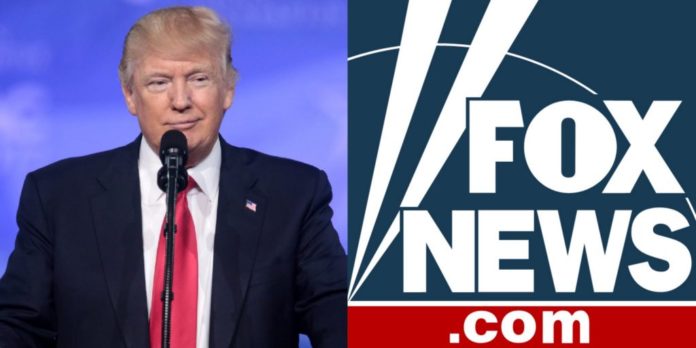 A new lawsuit brought by Rod Wheeler against Fox News calls them out for working with President Donald Trump on fake news meant to distract people from the Russian investigation that Trump seems so concerned about.

President Donald Trump collaborated with Fox News to concoct a story claiming a Democratic National Committee staffer, Seth Rich, was killed in retaliation for furnishing information damaging to Hillary Clinton to Wikileaks, according to a lawsuit by a private investigator for the slain man’s family, reported Bloomberg.

Seth Rich was killed on a Washington street in the middle of the night last year. The crime remains unsolved. The story was published on May 16 and later retracted by the network.

Rod Wheeler — the private investigator, former Washington police detective, and occasional Fox News contributor — claims in his lawsuit that Trump read the Fox story before it was published and “suggested” the insertion of quotes falsely attributed to Wheeler.

Trump wanted the story published to divert attention from the widening investigation into his campaign’s ties to Russia, Wheeler claims.

Wheeler included a screen shot of a May 14 text message to Wheeler from another Fox News contributor that reads: “Not to add any more pressure but the president just read the article. He wants the article out immediately. It’s now all up to you. but don’t feel the pressure.”

The lawsuit, filed in Manhattan federal court on Tuesday, alleges that Fox News defamed Wheeler by attributing false comments to him.

“Fox News was working with the Trump administration to disseminate fake news in order to distract the public from Russia’s alleged attempts to influence our Country’s presidential election,” Douglas Wigdor, a lawyer for Wheeler, said in a statement announcing the lawsuit.