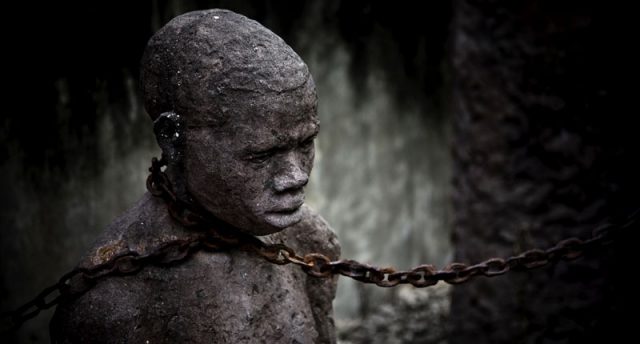 Colonial history, a legacy of enslavement and segregation are among the chief reasons reparations are owed to African Americans, according to a report put out by a United Nations group (pdf).

The U.N.’s Working Group of Experts on People of African Descent, which reports to the U.N. High Commissioner on Human Rights, presented its findings to the U.N. Human Rights Council on Monday, the Washington Post reports.

The panel, which visited the U.S. on a fact-finding mission in January, wrote in a statement that it was “extremely concerned about the human rights situation of African Americans,” stating that there has been no real commitment to reparations, truth and reconciliation for people of African descent.

Despite substantial changes since the end of the enforcement of Jim Crow and the fight for civil rights, ideology ensuring the domination of one group over another, continues to negatively impact the civil, political, economic, social and cultural rights of African Americans today. The dangerous ideology of white supremacy inhibits social cohesion amongst the US population.

The panel likened the pattern of police officers killing unarmed black men to lynching, which it referred to as a form of “racial terrorism that has contributed to a legacy of racial inequality that the US must address.”

“Contemporary police killings and the trauma it creates are reminiscent of the racial terror lynching of the past. Impunity for state violence has resulted in the current human rights crisis and must be addressed as a matter of urgency,” the panel wrote.

The panel also noted that African Americans are disproportionately affected by “tough on crime policies,” mass incarceration, and racial bias and disparities in the criminal-justice system.

During this country visit, the experts observed the excessive control and supervision targeting all levels of their life. This control since September 2001, has been reinforced by the introduction of the Patriot Act. We heard testimonies from African Americans based on their experience that people of African descent are treated by the State as a dangerous criminal group and face a presumption of guilt rather than innocence.

The panel laid out recommendations for the U.S. to assist in “its efforts to combat all forms of racism, racial discrimination, Afrophobia, and related intolerance,” which included the “profound need to acknowledge that the transatlantic slave trade was a crime against humanity.”

“Past injustices and crimes against African Americans need to be addressed with reparatory justice,” the panel wrote.

The recommendations of the group are unlikely to influence the U.S. government, according to the Post, but the study does put truth out there in plain, unapologetic and unwavering English for all of the world to see.

The U.S. has a lot to atone for, as far as black Americans are concerned.