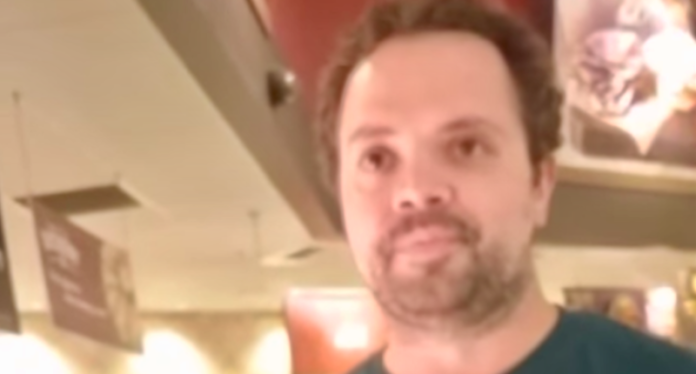 The owner of a Missoula Fresh Market in Montana has released a statement that an employee caught racially profiling a Native American couple at his location no longer works for the company. The video which has been viewed over 100, 000 times was captured by Shawn Madman and his girlfriend, Tenisha Oldman,  who entered the store only to be greeted by an employee staring them down and following them when on the premises. When they confront the store clerk for discriminating against them for being Native- to which the man says “Why’s it always Native Americans?”. Madman goes on to defend himself and his partner reiterating that: “That’s because you do, you do profile us”  since they were followed upon entering the store minding their own business and there was no reason for them to be surveilled.

A worker at a Missoula, MT Fresh Market has lost his job after he was caught on video racially profiling a Native American couple who were trying to shop for groceries.

Missoulan.com said on Wednesday that the confrontation happened on Saturday and the video of the run-in has been viewed more than 100,000 times.

Shawn Madman and his partner Tenisha Oldman say they entered the West Broadway Fresh Market and immediately noticed that an employee was following them around the store.

“Oh my gosh,” the employee replied sarcastically, “why’s it always Native Americans? ‘Oh, why do you got to profile us?’ Every Native American that comes in here says that. You’re just like the rest of them.”

“Oh really? Like the rest of them, huh?” Madman responded.

“Everyone says that,” the employee said.

“That’s because you do, you do profile us,” said Madman.

The confrontation became heated and while the employee has not been named, Fresh Market said in a statement that he has been removed from his job.

Store owner Craig Holtet told ABC News, “It was on Saturday night and I lost a lot of sleep over it. And I think from our reaction it’s just. Let me just be clear, he doesn’t work here anymore.”

Do you think the store did the right thing in firing the employee? What do you make of call out culture and viral videos showing altercations like these that ultimately cost people their livelihoods?

The video of the exchange can be viewed below- (Warning: graphic language)