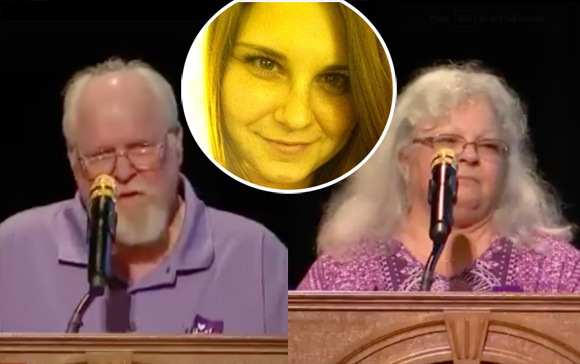 The mother of 32-year-old activist Heather Heyer who was killed on Saturday counter-protesting at Charlottesville’s white nationalist rally has voiced that she does not want to speak with President Trump despite several attempts by his administration to reach her. Susan Bro initially had no qualms with speaking to the president after her daughter’s death, but her mind quickly changed when Trump implied that the violence at the rally was incited by “bad actors” on both sides of the protest, insinuating that Heyer- may have had a hand in her own demise. He also said there were “very fine” people on both sides which bro did not appreciate.

As reported by Alternet:

Susan Bro, the mother of slain anti-Nazi protester Heather Heyer, told ABC’s Good Morning America on Friday morning that she does not want to talk with President Donald Trump.

Bro acknowledged that the Trump White House called her on three separate occasions, including once during her daughter’s memorial service. While Bro says that she initially simply missed the White House’s calls, she now says that she does not want to speak with the president.

“I’m not talking to the president now, I’m sorry,” Bro said on GMA. “After what he said about my child… it’s not that I’ve seen someone else’s tweets about him, I saw an actual clip of him at a press conference equating the protesters, like Ms. Heyer, with the KKK and the white supremacists.”

Trump this week said that he believed there were “very fine” people who were both attending and protesting last week’s white supremacist rally, and he blamed bad actors on “both sides” for the violence that ensued.

During an interview with MSNBC on Thursday, Bro revealed that she has received death threats after she spoke out against white nationalists during Heather Heyer’s memorial service.

“Have you talked to [Pres. Trump] directly yet?” – @RobinRoberts

“I have not and now I will not.” – Susan Bro, mother of Heather Heyer pic.twitter.com/TlqplPyi3J

If you were in Susan Bro’s shoes would you want to speak with the President? What could the President possibly say to comfort this grieving mother when it is his policies and ideologies that have fanned the flames of hate and legitimized white supremacy in this nation- directly causing the death of her daughter?

Join the discussion and let us know in the comment section below.