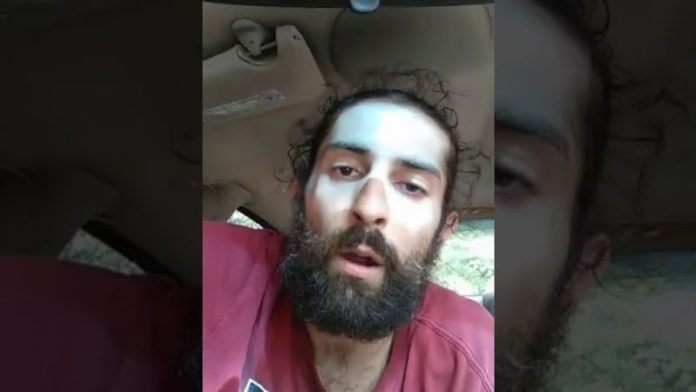 Alex Michael Ramos, of Georgia, is a white nationalist who participated in the Unite the Right rally in Charlottesville, Va., but he has convinced himself he can’t be racist because he is “Spanish.”

Ramos, who bragged about assaulting Deandre Harris in a Charlottesville parking garage, seems to feel that because he’s Puerto Rican, he’s not racist, according to The Root. Apparently he just joined a mob of people, at a white power rally, assaulting a black man with deadly weapons for the fun of it, but definitely not because he’s racist.

The Root pointed out that at the 27:00 mark in the video above, a Facebook commenter informed Ramos that he has black ancestry because of his Puerto Rican background. Ramos went on to say that he’s Taino, and that his history goes back 12,000 years. Toward the end of the video, at the 50:48 mark, Ramos said he has an Egyptian friend and that he’s not racist.

Check out the video below if you want to hear his rambling:

Because he is clearly not racist at all, once Ramos’ cover was blown and his identity was discovered, he immediately deleted his Facebook account, thinking he could hide. But the internet doesn’t forget anything.

And of course screen shots are floating around. Here is Ramos bragging about being part of a large group of armed people that was able to assault 1 unarmed person.  That is only fun for weak and pathetic people.

Ramos needs to be hanging his head in shame for what he did and what he represents, not looking for a victory bash.  There was no victory that day from white supremacists, there was however terrorism against American citizens on American soil.

Planting Drugs to Arrest Innocent People is Part of the Game — Cop Admits...