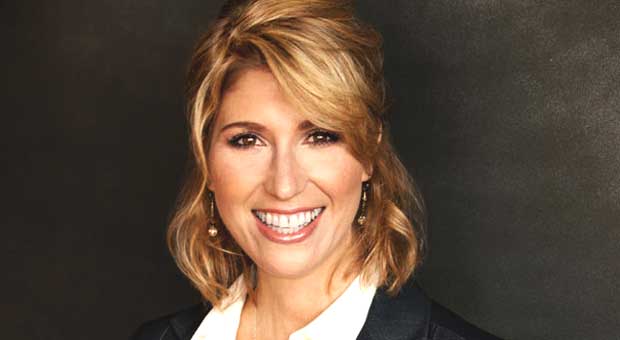 A world famous holistic author and researcher working against big pharma, Ann Boroch, was found dead in Los Angeles on Thursday at the age of 44.

The author, who was widely respected for her research into healing Multiple Sclerosis and curing candida, also managing to cure herself of multiple sclerosis when she was just 24, had written pioneering books on alternative therapies.

Boroch was also an activist who campaigned about Vaccine dangers, urging people to reject Big Pharma’s products in favor of alternative and natural healing.

Boroch sudden and unexpected death eerily mirrors Christopher Bayley King, 49, who was eating at Farm to table Bramble & Hare when he was approached by an unknown man before being shot and killed.

Her family and the alternative community took to social media to express shock. 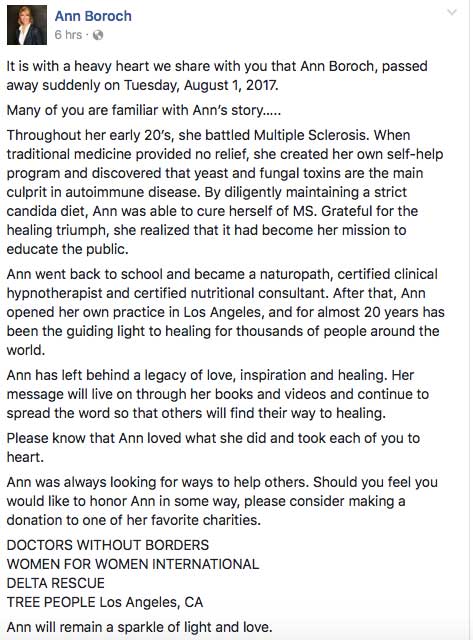 “It is with a heavy heart we share with you that Ann Boroch, passed away suddenly on Tuesday, August 1, 2017. Many of you are familiar with Ann’s story…..“

Throughout her early 20’s, she battled Multiple Sclerosis. When traditional medicine provided no relief, she created her own self-help program and discovered that yeast and fungal toxins are the main culprits in autoimmune disease. By diligently maintaining a strict candida diet, Ann was able to cure herself of MS. Grateful for the healing triumph, she realized that it had become her mission to educate the public.“

Ann went back to school and became a naturopath, certified clinical hypnotherapist, and certified nutritional consultant. After that, Ann opened her own practice in Los Angeles, and for almost 20 years has been the guiding light of healing for thousands of people around the world.”